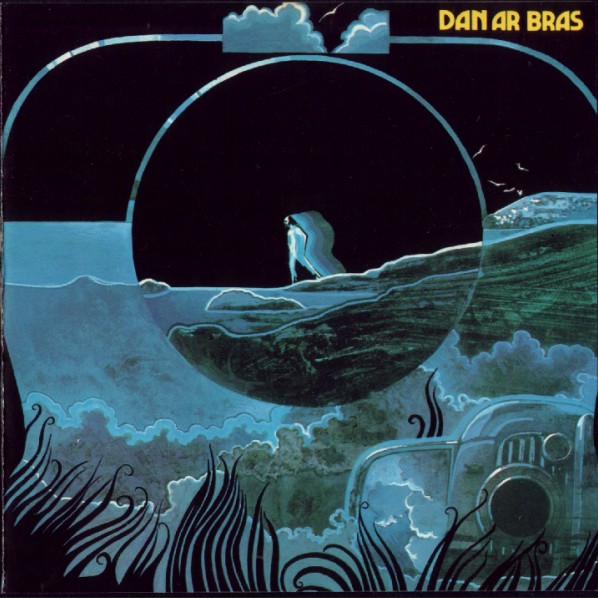 Finally, the long-awaited reissue of Dan Ar Bras' compelling first album. This is a very unique music, with wide-ranging influences, all served up in an inventive mix of moods and styles that pleases on many levels, in the same league as mid-period Jade Warrior, early Steve Tibbetts, Mike Oldfield, and others who tend to eschew convenient classification. The most evident influences on his style at this stage were Celtic and folk music, but he transcends the standard fare, obviating any of the simplistics through refined development and infusion of outside stimulus. There are moments of fiery guitar and powerful rhythms alternated with introspective atmospherics and idyllic piano, melodies carried by flutes and uilean pipes, wrapped around acoustic guitars and energetic synths. The lineup consists of Ar Bras (acoustic and electric guitars), Benoit Widemann (piano, keyboards), Dave Pegg (bass), Patrig Molard (flutes & pipes), Michel Santangeli (drums), and Marc Chantereau (percussion). This is a very unique album, full of fire, mood and surrealism, and also one which most progressive fans should enjoy.

Gregg Bendian - Research (Tiny Useful Secrets) – The challenge for a compositional drummer is for the solo percussionist to be consistently engaging to the listener. Dedicating each of the pieces to a specific personal influence helps create a...  (2009) » Read more