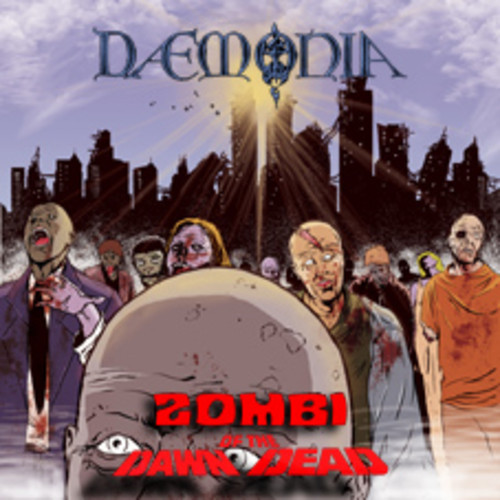 Daemonia is a relatively new project by Claudio Simonetti, keyboardist for the legendary Italian prog rock band Goblin. He has teamed with a group of young Roman musicians from the metal scene to cover Goblin’s Dawn of the Dead (known as Zombi in Italian) soundtrack (Bruno Previtali on guitar, Federico Amorisi on bass, and Titta Tani on drums). This disc is the band’s third release. The result is set of high energy and demonic renditions of Goblin tunes. “Zombi” is particularly frenetic with its machine gun drumming and sonic assault. You can easily visualize zombies being mowed down by the truckload. In addition to the 11 tracks from the original soundtrack there are three bonus tracks: “Roller,” “Toccata e Fuga,” and “Il Cartaio.” For my money these bonus tracks are the highlight of the disc. “Roller” really captures the classic Goblin sound. And what horror album masterpiece is complete without Bach’s “Toccata?” Daemonia, and particularly Simonetti, breathe new life and energy into this classic. His keyboard chops are outstanding and the piece morphs into a heavy metal/hard rock finale. The album closes with “Il Cartaio,” a boogie woogie tour de force. Overall, quite an impressive reimagining of some classic Goblin.