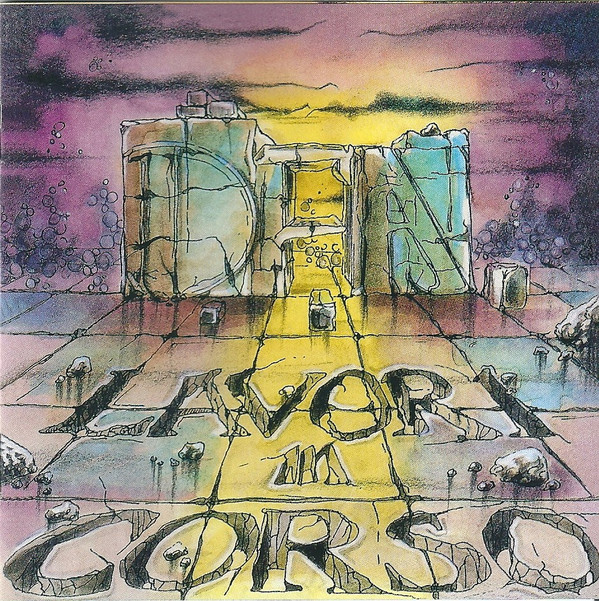 Rarely has a new Italian progressive created an album of this caliber; DFA have really put a lot of work into making an album of incredible complexity and depth for their premier run. This is Italian symphonic rock in the classic 70s style — full of organ, analog synths, excellent guitarwork and little to no vocals. The tracks are generally long and involved, with rapid paces, complex rhythmic structures, and that sense of passion that only the best of the Italians seem to know how to wring out of every note. I've heard this being compared to Deus Ex Machina, yet I think this is only due to the type of rhythmic structures involved, I don't think it's a fair comparison overall for either group. DFA have an original style all their own, at times even with all the 70s tones it sounds quite contemporary. DFA are certainly one of the brightest spots in Italy at the moment with two other D bands — Deus Ex Machina and Divae. Highly recommended, this should be on everyone's purchase list.

When Italian progressive rock began its renaissance in the late 80s, there were a lot of powerful and notable releases, like Nuova Era's L'Ultimo Viaggio or Ezra Winston's Ancient Afternoons and over the last couple of decades the country has been bountiful in returning to its roots and reviving one of the world's greatest musical periods. However I think the one that hit the very hardest for me was the band who sidestepped the tradition to some extent and drew as much from jazz rock, space rock and other genres as those from their own country. From their very debut, D.F.A. was one of the most musically accomplished progressive rock bands of their era with a fluency at every position and were as close to perfect as a band could get across their discography before tragedy struck and the band lost their brilliant keyboardist Alberto Bonomi. D.F.A. held such a balance between complicated arranged compositions and high altitude improvisational solos and knew that part of the success of this kind of music comes with a great shot of energy and intuition as well as a sweeping and dramatic sense of musical dynamics. When they took off, they really took off and never failed to elicit goosebumps, in part due to their creation of memorable themes and melodies. As with Änglagård, there were often years between releases, but every time a new one arrived it felt that all that time was justified in the creation of a new masterpiece. Truly, one of the modern greats of progressive rock or progressive fusion.