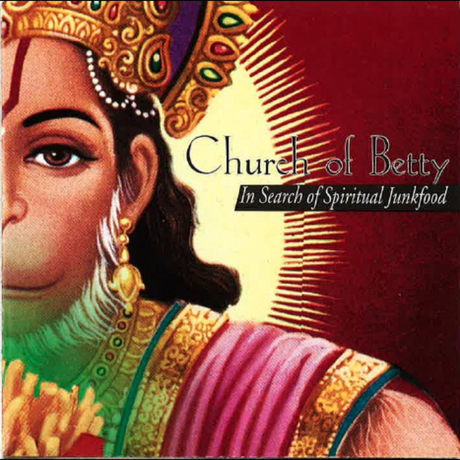 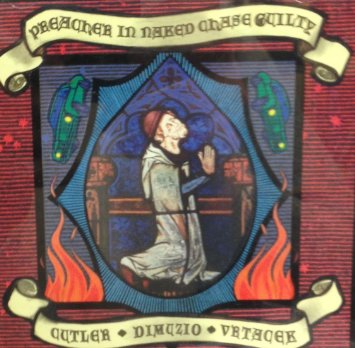 These are three of the latest releases from the Ponk label, formerly FOT, probably best known for their series of "Passed Normal" compilations. Besides sharing a label, the only other thing these three releases have in common is being completely off the wall – sort of a screwball intellectual irreverence applied to some bizarrely assembled musical concepts. Read on.

Church of Betty's third album is case in point. A five-piece using vocals, guitars, sitar, piano, keyboards, drums, tamboura, and bass, with guests on tabla, additional voices and whatnot, they serve up a distinctive chaotic blend of East-meets-West. Take equal parts of Hindu pop / folk music and a mix of Western rock, psychedelic pop and even a little jazz and avant-garde thrown in for good measure, add some mildly outrageous lyrics with vocals to match and you're probably in the ballpark. Some Beefheart influence as well? At least some of the good Captain's attitude is here, for certain. In all, though, for all its quirkiness, it's one that keeps beckoning for repeated listenings.

San Francisco's own The Code is essentially a six-piece of guitars, keys, reeds, bass, drums, and vocals centered around composer / bassist Steve Horowitz and vocalist / lyricist Sven Rudstrom. Musically what they deliver is exciting fare, it gets off the ground from the very first note and delivers non-stop, pushing the envelope of rock to the edge and beyond, a mix of crimsoid avant- wave jazz-rock mixed with various other irregular ingredients. A swirling maelstrom of jagged ideas, with twists, turns and cacaphonic outbursts at every corner. Rudstrom's more-or-less spoken approach calls the Captain to mind again, a very strong evocation in fact, but the sexually explicit lyrical content is way beyond Beefheart's typical fare and may be disturbing to some. Still, this is certainly worth a serious listen.

With Preacher in Naked Chase Guilty, Chris Cutler (of Henry Cow, Art Bears, Cassiber, and a zillion other RIO formations), Thomas DiMuzio (last seen as a contributor to the 5UU's latest), and C.W. Vrtacek (of Forever Einstein fame) join forces for a full-blown free form improvised noise-fest, 40 minutes taken from a single 66 minute live surround-sound live performance in Hartford, Connecticut in September 1993. Vrtacek's explorative guitar eruptions are suspended between the electronic and percussive backdrops provided by the other two, and – as you might imagine – some parts of this work quite well and others are indeed a bit tedious; but at least the piece has been indexed into a couple dozen segments of three minutes or less, so one can pick and choose the parts that work best for them, or try it different ways in shuffle play. Recommended only for the most adventurous.