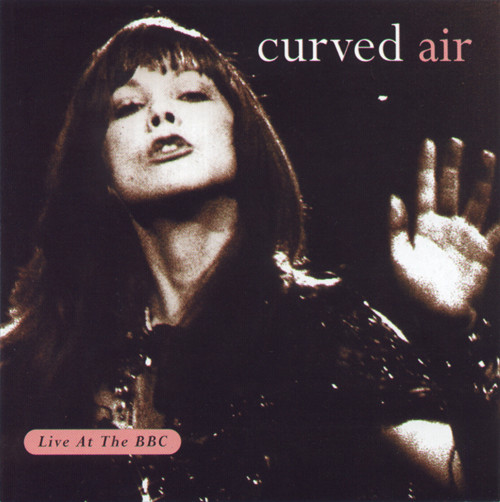 Something I hear often regarding Curved Air is complaints about the band's lack of focus and the unevenness of many of their studio recordings. This may be due to the fact that the only recordings that are currently available are the generally substandard Curved Air Live, Lovechild (consisting of leftovers and out-takes by the second lineup), and their final two studio albums, Midnight Wire and Airborne, which show the band moving into a more mainstream rock / pop direction. The first three albums, available only as costly Japanese imports, and probably out of print to boot, are from the band's most inspired period; and while these are excellent albums, the studio performances always sounded a bit restrained.

For those not in the know, Curved Air was one of Britain’s premier prog supergroups, featuring violin, VCS3 synthesizer (yikes!), guitar, bass, drums, and the unique voice of Sonja Kristina. Their style was rooted in rock and experimentalism, and incorporated elements of classical, jazz, folk, and proto-electronics. Darryl Way, Francis Monkman, Eddie Jobson, and Stewart Copeland all got their start here, in one of the three basic lineups during the band's seven year career. Most of the material on Live at the BBC was recorded by the first lineup, which existed from 1970-72, and corresponds to the band's first three studio albums. The performances are full-throttle, the band is in top form; so much for the restraint — these versions absolutely kick ass, and in several cases the arrangements presented in these sessions are wildly different than their studio counterparts. Selections include a wealth of material from the first album, including "Stretch," "Situations," "Propositions," "Blind Man," and the ever-popular "Vivaldi." There are two unreleased tracks here also, "Thinking on the Floor" by the early lineup and the instrumental "Stark Naked" from the '76 sessions by the third lineup. Four additional tunes by that lineup round out the disc, including the classic "Midnight Wire." My only complaint has nothing to do with the performance: I've been through two copies of this disc and both have the exact same glitch on track seven at precisely the same place, tested on five different CD players to be sure. It's not a biggie, but a minor annoyance, and one that will hopefully be corrected. Notwithstanding, this is one that gets the highest recommendation for longtime fan and newbie alike.