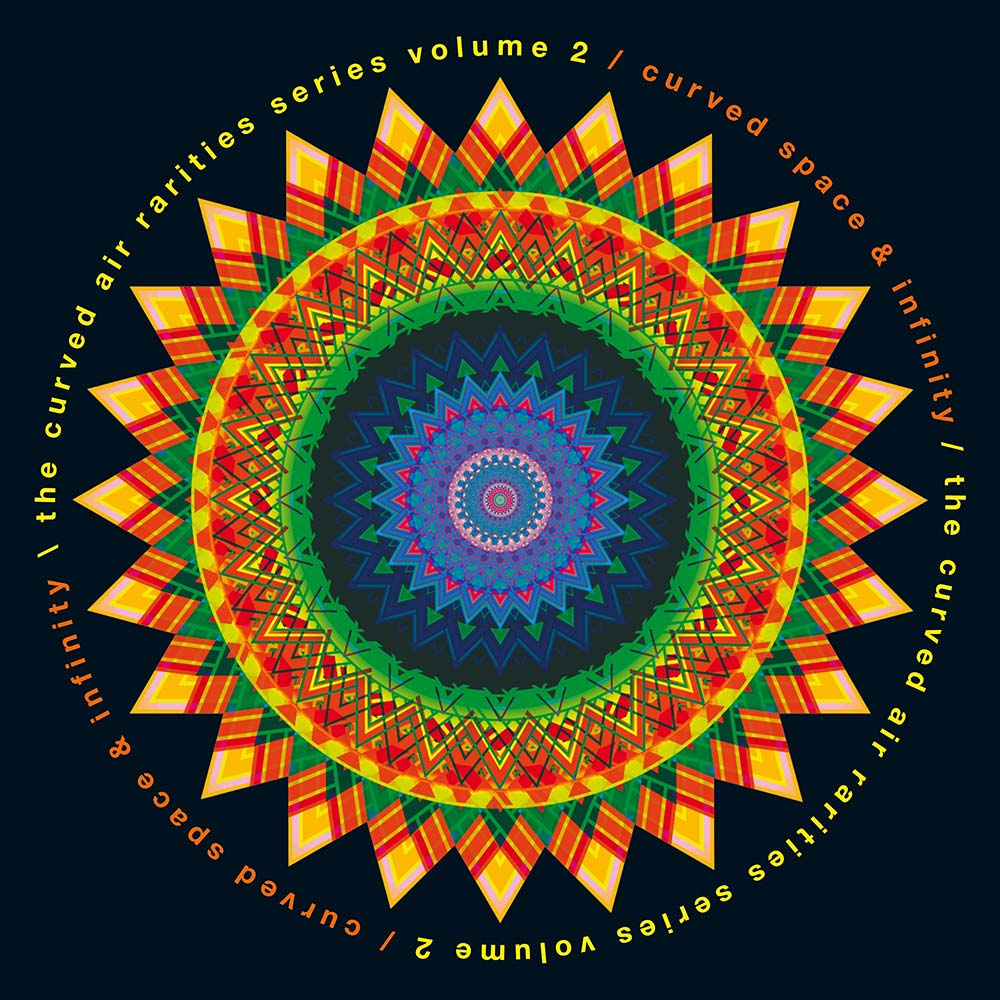 The latest in the Curved Air Rarities series (Volume 2) is in fact a two disc set of material that is in fact not Curved Air at all, but instead improvisations by subsets of band members, former members, and such, and should be approached as that. Don’t expect any compositions in the way of songs with lyrics here; there are no vocals — the two discs here represent collectives of certain Curved Air members (from two different eras of the band) shooting off some steam through jamming. Sonja is nowhere to be found on either of these. Most of the material on disc one was previously released as Francis Monkman’s Jam, originally released on the Voiceprint label back in 1991. Here, with an extra (and excellent) track “Rose” included, it has been rebranded as Curved Space, though it is what it is: original Curved Air members Francis Monkman (guitar), Florian Pilkington-Miksa (drums), Rob Martin (bass), and friend Mike Gore (guitar) jamming for hours, then carefully edited down to eight long tracks, which all pretty much sound the same with some variations in pace and approach, with the final track “Rose” added from a session featuring Monkman and Pilkington-Miksa around 15 years after the original material, to bring the running time of disc one of to a few seconds shy of 80 minutes. Honestly, I am a huge Curved Air fan from way back, but this first disc of the set is just too samey (and not all that well recorded), and well before the half-way point it all becomes pretty tiresome.

Disc two fares a bit better, another full length disc of current / recent Curved Air members Pilkington-Miksa, keyboardist Robert Norton, and Kirby Gregory on guitar; the original session from 2011 featured Norton playing all the bass, electric piano and synth parts simultaneously along with the drums; several years later in 2014, Kirby heard the recording and offered to overlay guitar parts on the existing improvisations, and the six tracks that comprise disc two, here titled Infinity, were born. This is essentially another assemblage of jams that clock in at nearly 80 minutes, but fares much better due to a variety of sounds presented and a vastly superior recording. All taken, the material on this set is more an effort to capitalize on the Curved Air name by rebranding some peripheral material that may only be of limited interest to most.