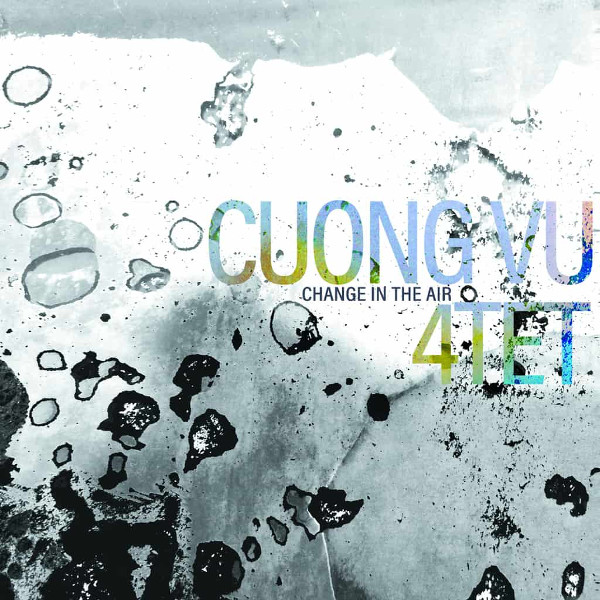 Trumpeter Cuong Vu’s last outing with his 4tet was the excellent Ballet, which was devoted to the music of Michael Gibbs. With Change in the Air, compositional duties are shared among the players, with Vu, Bill Frisell (guitar), and Ted Poor (drums) each contributing three tunes and Luke Bergman (bass) contributing one. The quality is uniformly high, ranging from moody and meditative to edgy and energetic. My favorites tend to be the more upbeat pieces, like Bergman’s “Must Concentrate,” which starts out with a dual-guitar rhythmic motif that’s a bit like something Pat Metheny might have done in the early 80s, but then builds up to a grand climax. My overall favorite is “March of the Owl and the Bat,” a Vu composition that features Frisell’s most aggressive playing. The insistent rhythmic pattern, which is only very loosely related to a typical march, leads to some great work between the bass and drums. Some of the less energetic tunes have a pleasant wandering feeling, with the guitar and trumpet weaving around each other and Frisell dipping into the atmospheric folk-influenced sound he does so well. “All That’s Left of Me Is You” is a piece from Poor that sounds almost like a lost standard, something Miles Davis might have interpreted back in the 50s. Cuong Vu’s 4tet is an engaging ensemble, and Change in the Air is another great effort for them, a distinctive flavor of modern jazz that differentiates itself even though it doesn’t break with tradition in any extreme ways.