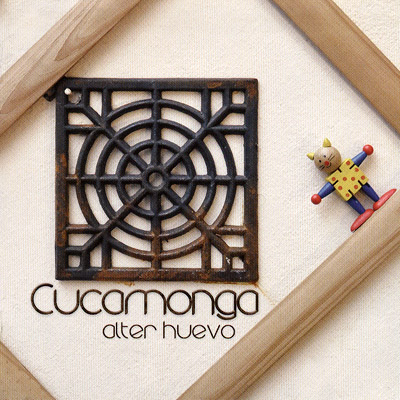 Alter Huevo kicks off with a goofy carnival polka arranged for marimba, accordion, and electric piano. Not much later, some odd vocal noises make an appearance, and then the band jumps into a cool jazz-rock section led by guitar and sax. The rhythm section has a precise quality that reminds me of classic Canterbury bands like National Health; there are also occasional echoes of the jazzy instrumental side of Frank Zappa. The compositions tend to wander around in a wonderful unpredictable way without seeming jarring or incongruous. The musicianship is superb but not flashy, and there's a lot of inventiveness on display. The guitar has some downright freaky effects on it from time to time. Frequent use of mallet percussion enhances the Zappa resemblance (which is intentional, as the band's name refers to the California town where Zappa recorded). The bulk of the compositions come from guitarist Oscar Peralta, which might be surprising given how much the keyboards really define the band's sound. But it's really the compositions that are the star attraction, with their oddball twists and turns, their weird little diversions into insanity. For listeners whose shirts are overly stuffed, the occasional funny voices may prove fatal, but they shouldn't count as a negative for more flexible listeners. They are, after all, a fairly minor part of the mix. An outstanding discovery, worthy of wider notice.