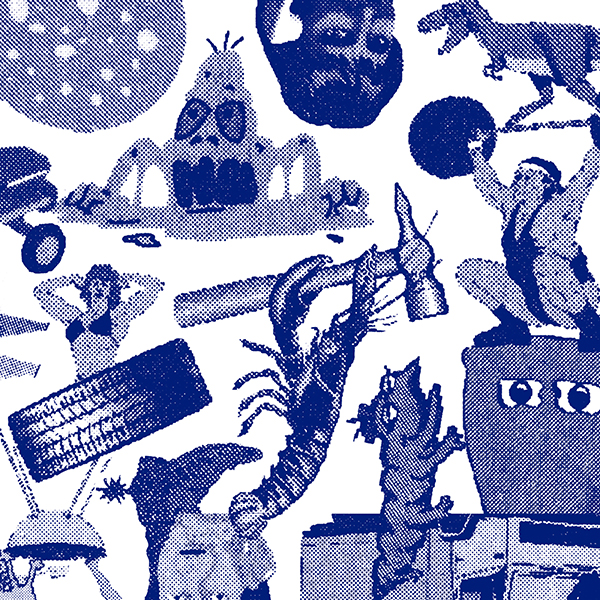 I’d never heard of this French band before hearing this album, but I am certainly hooked now. This is a wild take on tricky odd-meter instrumental rock with a lot of craziness thrown in. Apparently the group features members of the bands Ça and Submarine FM (hence the name), but I’ve never heard them either, so that doesn’t help, and there’s little in the way of credits to go on. So on to the music. I’m reminded of Ahleuchatistas, Yowie, and even a bit of Schnellertollermeier, with the added factors of electronic noises and occasional vocals. There are guitar parts playing off-kilter patterns, often in odd meters, sometimes with additional parts overdubbed, like a punk version of King Crimson. The bass playing is aggressive and edgy. Drums at times pound relentlessly, then change up and detour into electronic percussion parts. The electronic noises are widely varied, sometimes consisting of rhythmic sequences, sometimes bizarre glitchy noises, sometimes swooping off into outer space. The vocals don’t really consist of singing, more like coordinated shouts, but come off as fun rather than abrasive. At times there’s a hint of the kind of absurdity that bands like Jack Dupon or even Sebkha-Chott are known for. Musique Actuelle is energetic and unpredictable and rocks like all get-out. My kind of fun. Just as a note, the original release on Bandcamp is titled Musique Actuelle, while the wider release on Atypeek is called Éducation Civique.

Sfinx - Zalmoxe – This one caught me completely off guard. I'd never even heard of this excellent Romanian band before the CD reissue — which made it for all the nicer surprise. One has to be somewhat...  (1994) » Read more