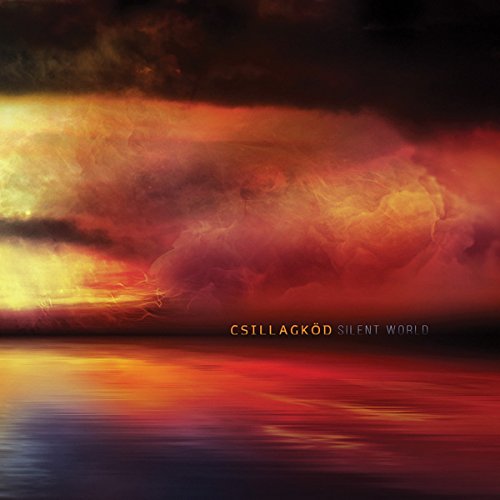 Csillagköd is the Hungarian word for Nebula, and is also the pseudonym of Transylvanian soundscape artist Olivér Dombi on this, his first full-length album (that follows three EP length releases), inspired by his lifelong fascination with space and astronomy. Following the opener “The Communication System Between Civilizations of the Universe,” which hints at some kind of fusion between floating space music and electronica, the remainder of the album settles into a more floating ambient sound with washes of colorful melody and shimmering percussive sounds underlying the soft cloudy surface. “Kettöscsillag” brims with gong-like percussion (surely synthesized) reminiscent of slow-motion Indonesian gamelan and Tibetan bells, with beautiful pastel washing over dark cosmic clouds. Most of the cuts are in the four-to-six minute range, and just about the time the listener begins to get completely immersed in it, the piece fades to its end; this is a case where longer extended pieces might offer more time to envelop the listener. We almost get there on the seven-plus minute title track, which truly lives up to its name – a deep and dark journey through a labyrinth of subdued introspective episodes, filled with plenty of empty spaces, finding an eventuality in silence as all sounds fade to blackness. One might suspect the album is over, but after about a minute the final cut “Az Univerzum Széle Felé” comes sparkling over the horizon like the first light from a distant star. If one is looking for a free-floating and hypnotic journey through the vastness of space, Silent World delivers the goods.