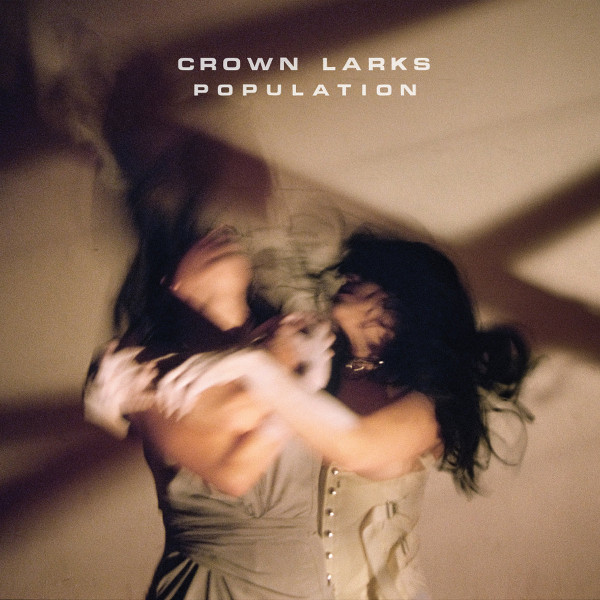 Crown Larks is an American band with a style all its own. They take insistent rhythmic patterns reminiscent of German bands (think Can or Neu!) and combine them with woodwinds and brass more akin to free jazz. Vocals are present but not really the focal point, with simple melodies delivered in casual tones and treated with reverb and other effects. There are many variations and tweaks to the basic pattern throughout Population. At times, it resembles a modern version of something like Tago Mago grafted together with Soft Machine’s Third, and a bit of Sonic Youth thrown in for noise appeal. To be fair, the drum parts Bill Miller plays are rarely as simple as Jaki Liebezeit’s, often consisting of busy patterns involving the toms, but they are played with the same hypnotic repetition. The keyboard sounds favor the vintage tones of electric piano, combo organ, and Mellotron, providing a nice contrast to the more noisy modern elements. The guitar tones are sometimes clean, but more often distorted into fuzzy washes that would overpower the music if they weren’t kept reasonably low in the mix (which they are). On both guitars and keyboards, dissonance figures prominently — simple major and minor chords are abandoned in favor of clusters and extended harmonies. Spaced-out effects are used to heighten the trippy mood, and the horns and voices often wander seemingly aimlessly over the driving rhythms. Vocals are split between Jack Bouboushian (guitar) and Lorraine Bailey (keys and woodwinds), with Bouboushian’s tortured tones contrasted with Bailey’s sweeter melodies. Matt Puhr’s bass parts are also quite interesting, with distinctive use of harmonics and slightly off-kilter grooves. Textures are very important in this music, and are distinctive between tracks as well as progressing within each track, and there’s a loose, live feeling to the playing. There really is no other band I can think of that sounds like Crown Larks, and any listener tired of business as usual should check them out.

Disjunkt & Awkward Star – New York and Chicago aren’t the only American cities with avant jazz scenes – Seattle has quite a bit to offer. In addition to the big names like Bill Frisell and Wayne Horvitz who have relocated...  (2001) » Read more