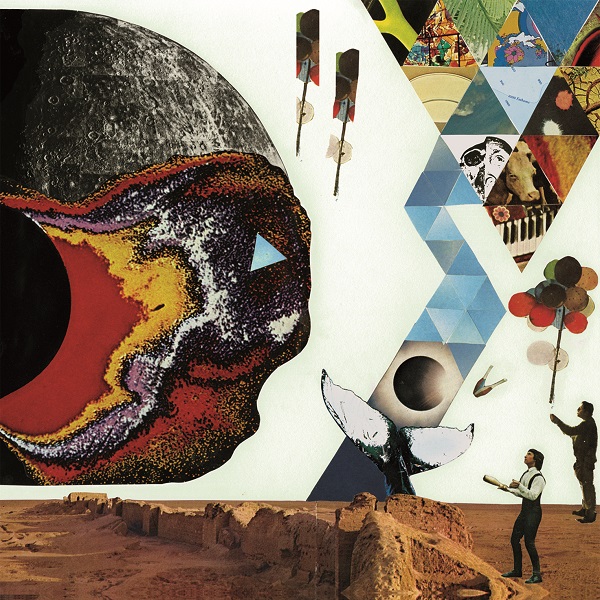 You know how some bands sound pretty much the same on every track? While there’s something to be said for consistency, too much of it is definitely a bad thing. Crown Larks have no problem in this respect: there does seem to be a central core that could be called their “style,” but around and above that is an impressive amount of variation. Blood Dancer is their full length debut, and it presents a strong progression from their previous EP, Catalytic Conversion (2013). Fans of classic krautrock will hear some influences in the sections where a simple drum pattern backs a loose groove with a droning psychedelic feel, and the addition of some jazzy horns over the top brings to mind Missus Beastly or Xhol Caravan. Instead of trying to grab the listener right out of the gate, the album starts out boldly with the midtempo drone of “Gambian Blue Wave,” a subtle tune that works its way into the consciousness, featuring electric piano, quietly driving drums, and saxes and brass providing the real wild card; vocals are dreamy and echoing, with multiple parts interlocking. “The Timebound Bloos” speeds up the tempo a bit for a more energetic variant on the same sonic space, adding a B section that hits some varying chords and provides a nice change from the droning. On track 4, we get another change: “Fog, Doves” spotlights female vocals. The other tracks work admirably as well, with some nice organ work on “Blood Mirage,” and the long slow buildup of “Overgrown,” which finishes the album up in cathartic fashion. Crown Larks have assembled a fascinating sound, stitched together from pieces of krautock, Sonic Youth, and early Pink Floyd, along with a heap of their own ideas. Highly recommended.

Michael Manring - Soliloquy – Michael Manring is simply one of the best bassists playing today. You should have heard about him from his many contributions to new age recordings in the 80s to fusion workouts with Attention Deficit...  (2006) » Read more