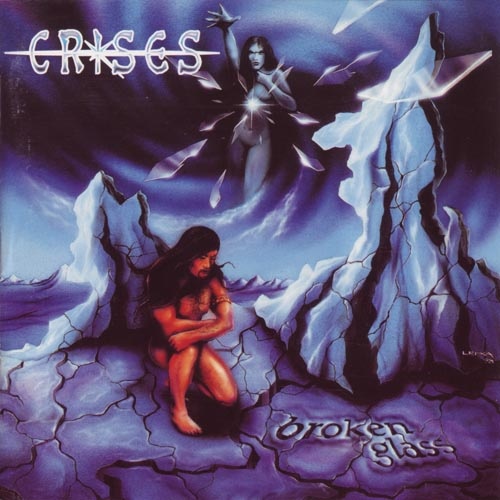 OK, another CD from Angular, yet another German Dream Theater clone. I thought the Germans liked Saga but I guess that was the good old days. Broken Glass covers all the requisite bases: James La Brie clone on vocals, Mike Portnoy clone on drums, James Petrucci clone on guitar (well, not quite, but then again, who is?), a light dusting of keyboards, and just enough tricky time signatures to keep things interesting. I guess I should give Crises credit for at least dealing with the accent-mangling-the-vocals problem by just getting an American, Russell Gray, to do the singing. The songs generally fall into the 6:30 range, just long enough for a cool intro, a blistering metal riff or two, a couple of verses, a chorus, another verse and chorus, the proggy middle bit, and a big verse and chorus to close it off. Next... Actually, the requisite big-epic-title-track (clocking in at nearly 20 minutes) and the closer "Drops of Rain" were the most listenable for me due to some tasty synth playing from Marko Brenzinger and creative arranging. Unfortunately, the rest of the disc is just too derivative to interest me. I guess if you think Dream Theater is da bomb then you might enjoy Broken Glass, but I just can't get behind it. These are talented players who will hopefully stretch out a bit in the future and create an identity of their own. For serious Dream Theater fans only.