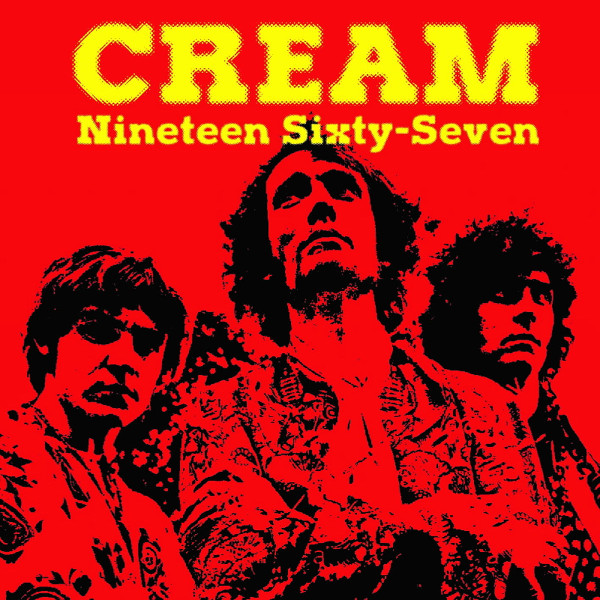 Vogon Records has unearthed and released some lost broadcasts by Cream during their halcyon days between 1966 and 1967. What we have is a live recording made for Swedish radio plus some unreleased BBC radio sessions. Besides these being some of Cream’s rarest recordings, the album showcased the trio of Clapton, Bruce, and Baker at their rawest and transitioning from a tight blues combo into a freewheeling improvisational supergroup. The Swedish radio performance includes “N.S.U.,” “Stepping Out,” “Traintime,” “Toad,” “I’m So Glad,” and “Sleepy Time Time.” On “N.S.U.” you hear the wild abandon of Baker on drums and Clapton breaking out in a “Traintime” like guitar solo, making this performance much wilder than the studio track. “Stepping Out” is a blues rock instrumental with Clapton shining on guitar and Bruce’s strong melodic bass line. “Traintime” has a tinny sound, but the performance is rawer than we hear on Wheels of Fire. Plus the music does not segue into the next track, “Toad,” as I was expecting. Of course “Toad” is Ginger Baker’s and features a five-minute drum solo. “I’m So Glad” has an extended jam with Eric Clapton taking over. And “Sleepy Time Time” is pure blues rock with Jack Bruce’s sultry note-bending vocals. The BBC sessions include performances of “I’m So Glad,” “Traintime,” “Toad,” “Tales of Brave Ulysses,” and “Take It Back.” This second performance of “I’m So Glad” is not as good as the first. The vocals are out of sync, and the sound is raucous. However, Clapton sneaks in a couple of bars from Tchaikovsky’s 1812 Overture. “Traintime” begins with the typical DJ voiceover from the late 60s, but Jack Bruce is playing and singing too fast. It sounds like he is in a rush to get all the words out and there is a lot of distortion in the sound. This version of “Toad” is only 2:33, so Ginger has a tuncated solo of about two minutes. Clapton once again shines on “Tales of Brave Ulysses,” even though the sound quality is below par. And the final song “Take it Back” is cleaner than the rest. These performances were made in the days leading up to the release of their classic Disraeli Gears. Though not the best quality recordings, the music does document a band on its way to superstardom.