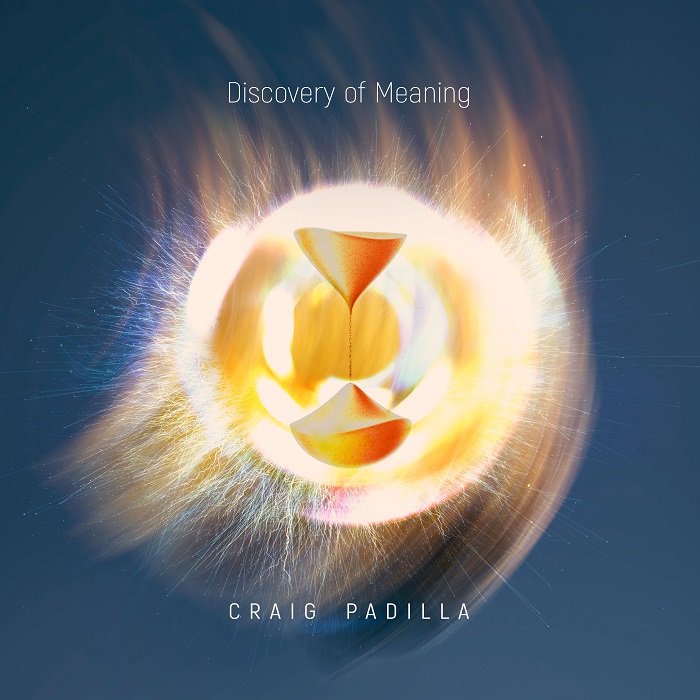 Padilla has been plying his craft since before 1990, when he released his first cassette, The Heart of the Galaxy. Since then he has released around three dozen recordings, both solo and in collaboration with other like-minded travellers, and I have to admit I have only heard a fraction of those; but those that I have heard, beginning with Folding Space and Melting Galaxies around 2000, have been nothing short of exceptional, with his predominant style being modular synthesizer based excursions into the mysterious reaches of space and well beyond, sometimes sequenced, sometimes floating, often reaching into cavernous spiritual dreamscapes that hold a magical place for listeners like myself. Discovery of Meaning is his latest solo offering on Spotted Peccary, and the seven tracks herein call on all of the above to present something bold and new that will transport the listener to a new sacred space. “Adrift in Memory,” midway through the album, exemplifies his floating ambient style, slowly pulsing waves informed by periodic touches of piano that offer fragmentary melodies and hints of shimmering beauty awash in emotion. “Cottonwood,” titled after the town in Northern California which Padilla calls home, follows, an even deeper dive into floating ambient territory. Warm waves of fog begin to give way to gentle sequenced pulses around the four minute mark, following with ambient clouds of tonal color and textures onward to the piece’s near 21 minute conclusion, mixed with some swirling sequences in the closing minutes. Perhaps the most impressive piece here is the two-part “Continuum,” the first section being a cosmic maelstrom of sounds with some sampled spoken voices echoing in the background (credited to Padilla’s two daughters and their German exchange student friend), the voices coalescing into a beautiful veil of sound as the piece morphs into the second section, guided by several sequenced patterns overlaid on one another; one can definitely hear the influence of the classic Berlin electronic sound across this piece, though I’ve never heard anything quite like this before. Discovery of Meaning offers the listener a masterful and compelling insight into Padilla’s creative muse.