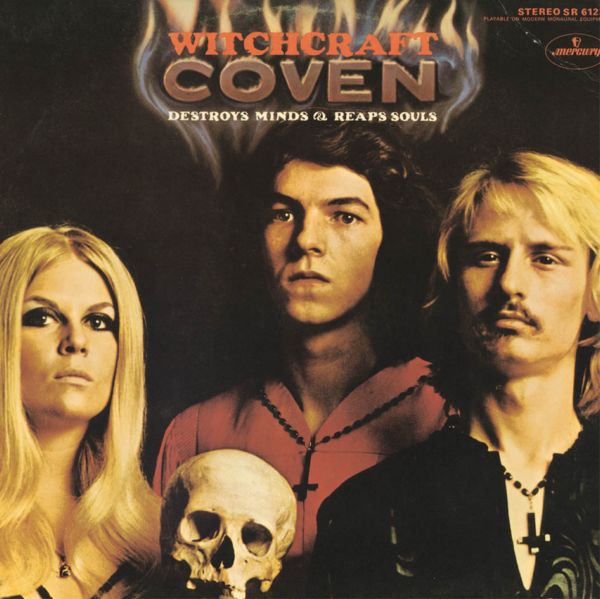 This is one of the freakiest things I've ever heard — a psychedelic rock recording from the late 60s entirely based on a kind of horror-movie Satanism, including more than thirteen minutes devoted to a Black Mass in which a female supplicant pledges her eternal service to the dark lord, all presented without music (unless you count a bit of chanting). The rest of the recording features nine songs of fairly ordinary rock of its period. There are a few twists, of course, most prominently the lyrics, all of which deal with witches, hell, and the devil. The majority of the lead vocals are by a female singer a little reminiscent of Grace Slick, though less folky. Frequently the backing vocals attempt a kind of Carmina Burana power or break into chanting. It is by turns silly and creepy, and I suppose a superstitious person might have trouble with the subject matter. Mostly I just find myself amazed at the bizarre spectacle, surely one of the oddest things recorded. Or maybe there's a whole underground recording industry catering to Satanic cultists, and this album is their rock talisman. I don't know if all the later devil-obsessed heavy metal bands can really be traced back to this — certainly it predates them, but it may be obscure enough to have been unknown to them.

Akron/Family & Angels of Light + Meek Warrior – Peaceful droplets emerge to deposit us on a plane of squeezing voices gently chiding a plane of aberrant existence. There is quite a bit of hubbub about this agglomeration of miscreants and it must be...  (2007) » Read more

Invasion of the Alien Orchestra