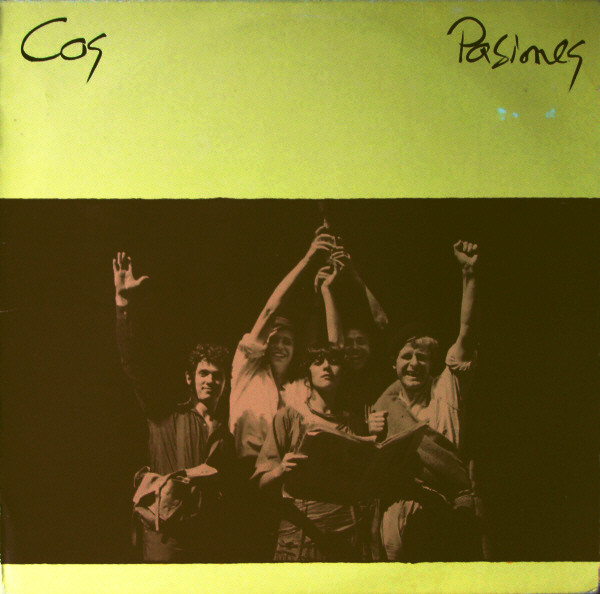 Only guitarist Daniel Schell remains from the time when Cos recorded the great Canterbury-esque Postaeolian Train Robbery (1974), and he’s relocated to Spain. It appears that some of his new colleagues in Cos are fellow Belgians, but he has recruited Spanish singer Ilona Chale. The music here was written for some sort of stage presentation about the Spanish Civil War, and the lyrics bounce freely back and forth among French, Spanish, German, Dutch, and English. Certainly the story is not apparent from listening to the album, with its odes to the wonderfulness of music, professions of love for Albert Einstein, and whatnot. Musically, there’s no Canterbury flavor at all. It’s more of a worldly art-rock take on New Wave with a little jazz tossed in for good measure, shaken up with a bit of theatrical vocalizing. It’s all quite a lot of fun (as long as you’re not stuck on them sounding like they did before). The Pasiones LP was only about 37 minutes long, so Musea has filled up the CD with bonus material including live tracks, part of a 1984 release called Hôtel Atlantic, and some 1981 demos. These vary in quality and interest, but you certainly can’t say you’re not getting your money’s worth. If you’re new to this band, by all means start with their early material, and if the New Wave connection doesn’t scare you off, move on to Pasiones.