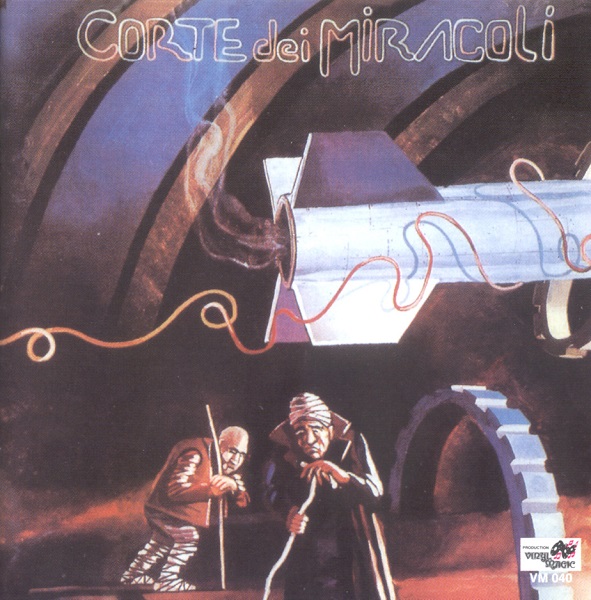 Another album sure to please the keyboard fanatic is this, another great one-shot from the mid 70s. Corte dei Miracoli's one album is similar in many ways to Italy's other big two-keyboard band, Banco. Singer Graziano Zippo is not as dramatic as Francesco DiGiacomo but he tries. He certainly doesn't have DiGiacomo's range, but he's good enough. It's probably the strong organ / piano interplay that is most like Banco. Sometimes the band startles with such unpredictabilities as the electric/acoustic piano duet at the beginning of "Verso il Sole." But it's the rich analog synthesizer work that's bound to be this disc's main selling point. Anyone who enjoys the sounds of Moogs and ARPs used in a very progressive context will be delighted. Not much more needs to be said, except that this is another intelligently composed and splendidly performed Italian progressive.