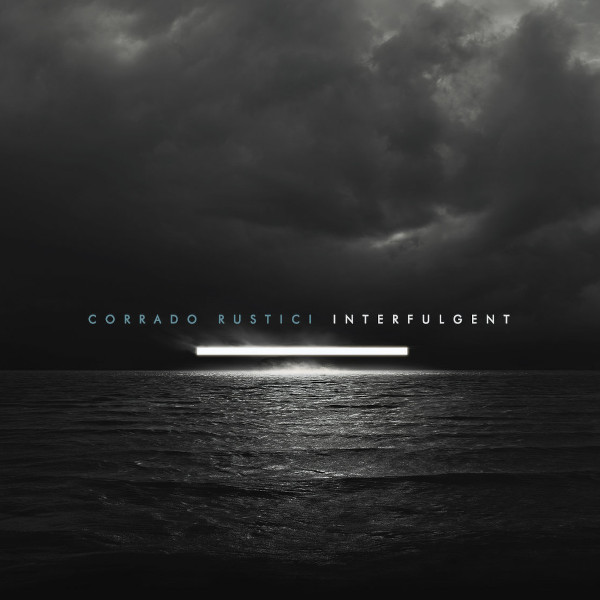 Fans of progressive rock and fusion might remember Corrado Rustici’s guitar work with Nova, Cervello, or Osanna. In the years since the 70s, Rustici has been working as a sideman and producer, mostly in pop and jazz. He’s also released at least three solo albums, none of which I’m familiar with. On Intefulgent, he presents a set of guitar-centric tunes backed by keyboards and programmed percussion, working with Alex Argento. I previously encountered Argento on Nili Brosh’s album Spectrum, and this album is similar in many ways to the second half of that album. Rustici’s playing is superb, balancing flashiness with melodicism, and while he doesn’t generally sound like Allan Holdsworth, I think the way he states melodies and then embellishes them exhibits a similar sensibility. (Track 3, “The Man from Yorkshire,” is dedicated to “A.H.” but Rustici’s relationship with Holdsworth is more one of inspiration than imitation.) There are moments like “Anna,” which is basically piano backing the guitar melody, and it’s a lyrical high point of the album, really lovely. Of the upbeat tunes, “Black Swan” is probably my favorite, with its slow, heavy riff and atmospheric breaks in a stop-and-start structure. Some of the other tracks suffer from the same issue I found in Nili Brosh’s album with Argento. The electronic backing parts are a little too generic to be interesting, and while Rustici’s playing is stellar, I keep wanting to hear him in a different setting with these tracks. I’m not completely opposed to electronic music, and I appreciate the idea of putting a powerful guitarist in such a setting, but the backing tracks need to be strong enough to bear repeated listening, and these don’t do that for me. To be fair, Rustici is credited with the arrangements and rhythm programming, so Argento can't be blamed. Guitar buffs can likely find plenty to admire on Interfulgent, but probably more as a case study than out of enjoyment for the music overall. The album finishes with “G. on a Sunny Day,” another piano / guitar duet that is outstanding though the backing synths are more distracting than atmospheric — this would have been really beautiful done without the production, just Rustici and Argento playing it live. Interfulgent is an interesting album, and certainly peaks my interest in something Rustici might do with a real band backing him.