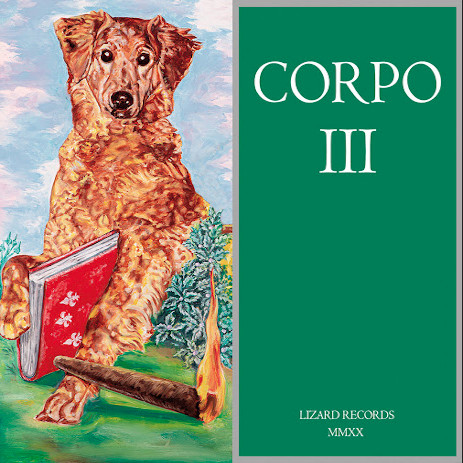 The Italian band Corpo (meaning Body) was originally formed in 1969 by three brothers from Montesardo: Biagio Calignano on keyboards and drums, Francesco Calignano on guitars, and Mario Calignano on bass. By the end of the 70s the trio had toured extensively throughout Europe and had even reached cult status in Switzerland and Germany, and had recorded two albums worth of material by 1979, the first set of five tracks with Mario playing bass, the second set of four tracks fraturing only Biagio and Francesco, with the latter taking on the bass duties. For nearly 40 years these two albums remained unreleased, due to a lack of confidence in the mechanisms of the music industry, although their rich blend of styles, with nods to jazz rock, psychedelic, krautrock, and Frank Zappa – as well as the overall production – was superb. In 2016 the recordings came to the attention of Lizard Records, who agreed to release both albums as a two disc box set Corpo I & II. Encouraged by the resposnse after all these decades, Biagio and Francesco decided to reform the band as a duo with guests including brother Mario playing bass on one track, and others featured on trombone, trumpet, tuba, saxes, bass, and even a vocalist on two cuts, breaking from their otherwise instrumental legacy. After four years, the result is Corpo III, a new lease on life for the band. The album’s eight tracks cover a variety of styles, including all of what they had before with emphasis on the jazz-rock (or Canterbury as some might describe it), touches of classical, a bit of electronics fused into the mix as well as the keyboads-disguised-as-mallet-percussion that lends a strong Zappa influence at times. Surprisingly, only the second track, “Musiche per la Sepoltura di Gigia Fedelissima Cagnolina Spartana,” with all its classical trappings, soprano vocals and electronic twists and turns, breaks the seven minute mark. All of the other pieces manage to pack in an amazing amount of complexity and creativity into five minutes or less, in fact the powerful “Lecce” (a town near Montesardo) manages to offer a surprising cauldron of sonic intensity in just two and a half short minutes. You’ll need to trust me on this one, because the band doesn’t seem to have a page where one can listen to the entire album (like Bandcamp), although the aforementioned “...Spartana” is out there on YouTube to sample. Beginning to end, an amazing album.

U Totem - Strange Attractors – The two instrumentals that open this latest album by U Totem set the stage and tone for the remainder of the music on the album, an artfully crafted avant-garde rock blended with elements of...  (1994) » Read more