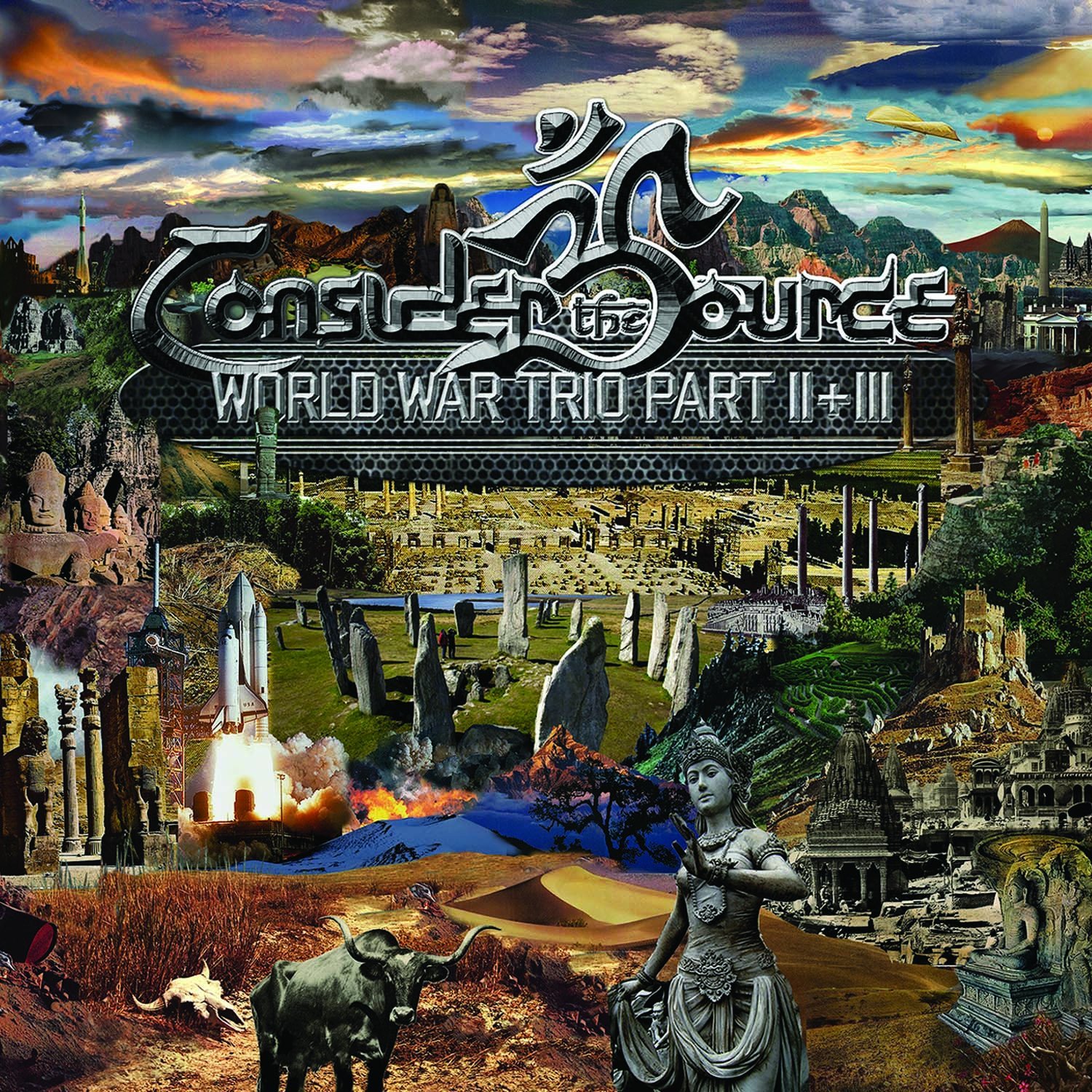 Prior to receiving this completely out of the blue, I had never heard of this band before. I guess one can’t be on top of everything going on in the music world, but I was surprised to see they already had half a dozen previous recordings available, and a decent sized following on the US East Coast. The trio is based in New York City, and features Gabriel Marin on fretless double-neck guitar (as well as unusual things like dutar, dombra, danbau, baglama saz, chattarangui, and more), John Ferrara on basses, and Jeff Mann on drums and percussion. The band makes it clear in the liners that no keyboards were used anywhere in the making of the album. This sprawling two disc set is (with the exception of some spoken word parts on one cut) completely instrumental, fusing elements of jazz, funk, progressive rock, psychedelic, metal, Middle Eastern, and Indian styles into a heady musical stew with a jam-band attitude and occasional outbursts of colorful sonic experimentation. The balance between these disparate styles works superbly, with the middle eastern and indian elements coming in via Mann’s percussion and Marin’s array of world stringed instruments, often recalling the work of Eastern European bands like Korai Öröm, Djabe, and Masfél, and there’s never a shortage of fresh ideas as the band works through the twenty tracks presented here. Like the title says, these two discs represent the second and third parts of a concept that began with World War Trio Part I, an EP length disc with a single 23 minute track in a similar style. Interesting and engaging, surprises abound at every turn.

Peter Blegvad - Downtime Etc. – After Peter Blegvad’s first two solo albums (The Naked Shakespeare in 1983 and Knights Like This from 1985) failed to make much money for his record label, the former Slapp Happy songwriter...  (2002) » Read more