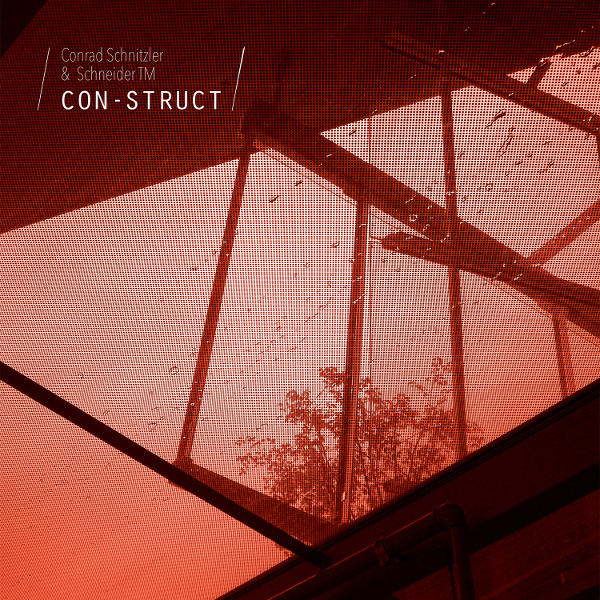 Conrad Schnitzler left a huge legacy of unreleased music. He loved to embark on daily musical excursions through the sonic diversity of his synths, preserving them for use in other compositions or live performances. This new release is the second in the Con-Struct series. Exposé readers will note that the first release was constructed by Pyrolator. For this second release producer Jens Strüver invited multidimensional electronic musician Dirk Dresselhaus (aka Schneider TM) to dive into this treasure trove and con-struct his own vision. Dirk wanted to get as close to Conrad’s compositional spirit as possible, so he took the approach as if Conrad and he were in the same room, playing Conrad’s pre-recorded sound files or modular system and Dirk dubbing and processing the music on the fly. Dirk loves Conrad’s noisy, polyharmonic, polyrhythmic, and sometime humorous minimalism, as well as using chance. There are no other sounds on this album except those created by Conrad. All that Dirk did was send them through his system, processing them live. The results on the album are quite varied. The opening track, “Doozer,” consists of low frequency pulsating sounds with a layer of clanging/crashing high frequency electronics, whistles, pops, and squeaks. “Dabb” consists of crashing, colliding percussive electronics that take a dedicated listener to appreciate. “Wallwachsalkohol” is distorted electronics with just the right amount of reverb to provide space and dimension. “Parabelflug” is a rhythmic clicking and bubbling electronic atmosphere with odd sounds and chords dropping in from out of nowhere. This track is a bit long at seven minutes but does provide a good background sonic mood. “Inspektion” is a rhythmic noise sequence. Then the last two tracks take the listener into the cosmos: “We Geht Die” is a highly reverbed, abstract, amorphous piece; and the mammoth 23 minutes of “Wurmloch” (German for "wormhole") is an interstellar tour de force. Charged particles whizz by driven by the solar wind. As you approach the wormhole, wave upon wave of ions and electrons stream past racing for the singularity. Then the pulsating interstellar drive kicks in as you accelerate into the black hole and the tear in the fabric of time. This final opus is worth the price for the entire album.