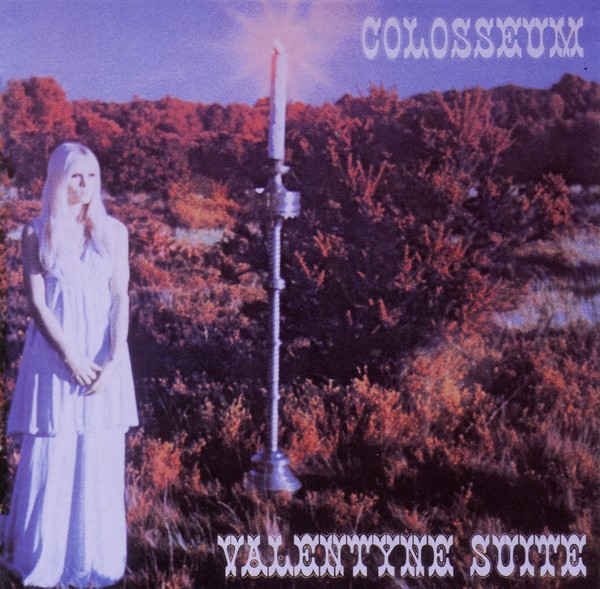 Like so many British bands of the 60s, Colosseum suffered from label meddling when it came to the release of their albums across the Atlantic. Their first album, Those Who Are About to Die Salute You, ended up with different songs for its US release, including three tracks that would later appear on their second UK album, Valentyne Suite. Since part of Valentyne Suite had already come out in the US, an alternate album, titled The Grass Is Greener, appeared here in 1970, with new material recorded to make up the difference. Got that? Luckily, Sanctuary has done the sensible thing and put out both versions in one package, which does lead to a bit of duplication, but at least gives us all the tracks from the albums, both of which are killer examples of jazzy blues-rock with what might be today called proto-progressive tendencies. Saxman Dick Heckstall-Smith, keyboardist Dave Greenslade, and original guitarist/vocalist James Litherland shine throughout VS, with Litherland’s great Hendrix-like six-string work on the opener “The Kettle” being a particular highlight, double-tracking one guitar solo with another featuring the wah-wah pedal. Jon Hiseman’s slightly hyperactive drumming is another constant factor, really propelling the band. The title suite, which occupied the entire second side of the original LP, spotlights Greenslade’s organ, coming off almost like The Nice augmented by jazzy horns (which works better than you might think); it’s an essential classic from the early days of prog, and a different take on where rock could go given imagination and the skills to bring it to light. For the American album, the new tracks feature Litherland’s replacement, Clem Clempson, and they get off to a great start with “Jumping of the Sun,” a nice slice of Traffic-like psychedelia, and “Lost Angeles,” a fast psych blues with horns. Also included are covers of Jack Bruce’s “Rope Ladder to the Moon” and Ravel’s “Bolero.” The reissue further adds two live tracks from a 1969 Top Gear appearance, making it an even better deal.

Hualun - Silver Daydream – Maybe it's actually easy to make post-rock music. After all, there seem to be bands springing up all around the world playing it. Hua Lun are part of the new generation of Chinese bands following in...  (2010) » Read more