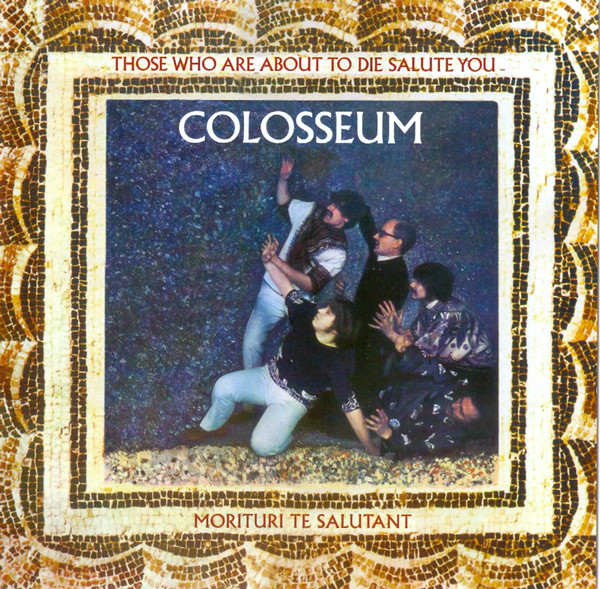 John Mayall often gets lost in the list of influential musicians but it wasn't just the blues alone that he had a powerful influence on. Just off the top of my head, he was largely responsible for starting off the careers of Eric Clapton, Fleetwood Mac, and Colosseum. In fact, if you consider John Mayall's different albums in the 60s that included these musicians, you at least have part of the puzzle about how the blues got progressive, what happened when the already venerable artform moved into the psychedelic era. As a result, drummer Jon Hiseman started the absolutely amazing British jazz-blues-rock group Colosseum, which overall is one of my top 10 favorite ensembles in all of its incarnations. Mayall's influence is still strong on their bluesiest of albums, the one whose title I always accidentally confuse with a certain AC/DC album. Colosseum here is already bold and brassy with a huge swing and some great organ from Dave Greenslade, and they manage to check off a lot of blues forms from the aggressive to the ballad with a lot more musical intricacy due to the shot of jazz. When I listen to this, I'm always amazed that Hiseman traded out James Litherland for Chris Farlowe, as I absolutely love Litherland's voice and he's so passionate and bluesy over the songs here (mind you this is no slight on Farlowe who's also brilliant on the later albums), in fact it was his vocals that really drew me in when I first heard this. From here the band would get even more ambitious and more musically assured, but for me this first one was the game changer and really maybe only the early Groundhogs or Savoy Brown were pushing the blues this much at the time (John Peel would refer to this stuff as progressive blues on the radio show of the time).