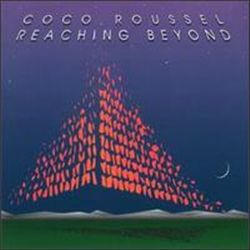 Roussel may be best known as the drummer for Happy the Man in their final phase, and the work he did with Kit Watkins on some of his first solo projects. This is his first album since Kit & Coco's In Time (1985), and this new album (with Watkins helping again) more or less picks up where that one left off, as if it was 1986 again and this was the follow-up, a brilliant album of catchy tunes and sophisticated compositions with careful attention given to every detail, very sequenced, all electronic with the exception of some live drums. Everything here is articulate and developed, overflowing with colorful melodies and rhythmic ingenuity, stylistically close to In Time and Labyrinth, with an extra effort given to avoid any rehashes of the older ideas. The way this album came about is interesting. Roussel, living in southern California now, wrote and arranged all the tunes using MIDI software, and made some rough mixes of the songs on tape. He then sent the discs and tapes to Watkins by mail, now living in rural Virginia, to refine the project further in his studio, and to add some further arrangements, solos, etc. The entire project works well because both had worked together before and had a common vision of what the final outcome should sound like. One can't help, however, when listening to these superbly composed and arranged pieces, to think of how wonderful they would sound performed by a full band with real guitars and bass and such, rather than cold electronics. Still notwithstanding, this album is one that really shines, and it's good to have Kit & Coco back on the scene again, even if they are a couple thousand miles apart.