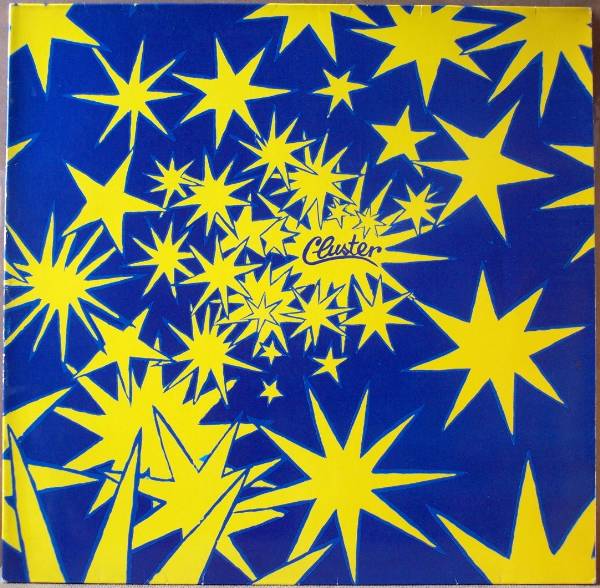 This is actually Cluster's fourth album, if you count the two albums for the tiny Schwann Studio label as a trio (named Kluster) with ex- Tangerine Dream member Konrad Schnitzler. The spelling change followed Schnitzler's departure for a solo career. For those not familiar with Cluster, they were a duo of multi-instrumentalists Achim Roedelius and Dieter Moebius, and one of the premier German electronic outfits. Cluster II was originally released on the legendary Brain label in 1972, and marks possibly the pinnacle of Roedelius and Moebius' experimental creativity. The most incredible thing about the album is no synthesizers were used, a fact hard to grasp after actually listening to it. The sounds on this album were created by various electric and acoustic instruments, mostly electronic organs, apparently, but also piano, electric guitar, steel-guitar, violin and cello. Good luck in trying to match a sound with a particular instrument, though, as the instruments are so distorted through various used audiolab electronics. The tracks on this album are mostly long, consisting of simple melodic motives slowly changing and distorting over the course of the piece, and ending up in quite a different place from where it started. This could possibly be likened to the music of minimalist composers such as Reich, but with a much harsher, rock element centered in the raucous electronic effects, which might even be termed proto-industrial. As it is, this is certainly recommended only to the adventurous. But those up for a challenge will find this a rewarding listen.