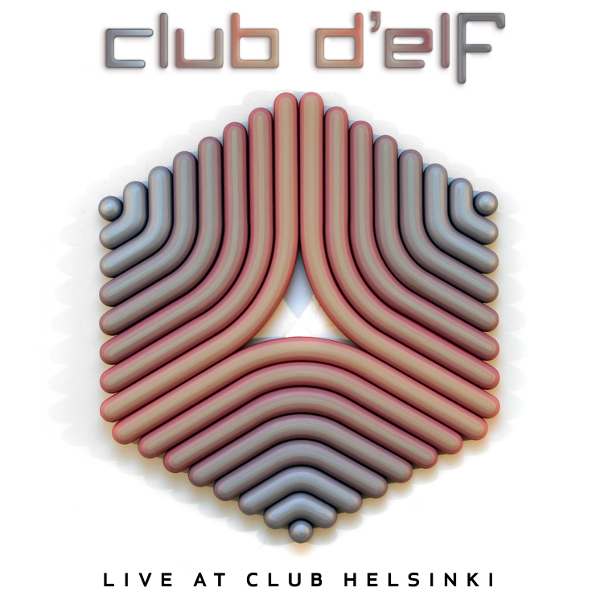 Club d’Elf is a Boston area band that’s been around more than a decade, though this is the first time I’ve encountered them. The band is built around bassist Mike Rivard and drummer Dean Johnson, and they’ve always worked with a variety of guests hailing from all around the world, with special emphasis on Morocco. This live release covers two sets played on November 16, 2012 at Club Helsinki in Hudson, New York, and the core duo is augmented by John Medeski (keyboards), Brahim Fribgane (oud, voice, percussion), Duke Levine (guitar), Mister Rourke (samples, turntables), and Thomas Workman (flute on two tracks). In addition to bass guitar, Rivard spends a lot of time on sintir, a Moroccan instrument in the bass range that has a punchy, earthy tone. The set draws music from a variety of sources, from traditional Gnawa and Berber music to vintage reggae and originals by various of the musicians. Throughout, the ruling factors are groove, flash, and mood. Medeski gets quite a few opportunities to shine, wielding his arsenal of vintage keyboards quite effectively, whether it’s a funky clavinet, a spooky Mellotron, a blazing Hammond organ, or pianos electric and acoustic. (The Mellotron solo on “Berber Song” is a high point, and represents a very uncharacteristic use of the old prog workhorse that’s about as far from cliché as you can get.) Levine’s guitar work provides a rootsy American spice to the music, though he navigates the tonality well even when it’s not blues-based. Fribgane provides a lot of the highlights with his dextrous oud and intricate vocals. DJ Mister Rourke provides some interesting samples peppered here and there, including speaking voices, snips of music, and who knows what else wrapped into the grooves. The overall aesthetic is Allman Brothers style jamming done with differing rhythmic bases, so listeners who insist on concisely structured tunes will be disappointed. Most tracks stretch over the ten minute mark, though for anyone not in a hurry, there are many rewards for listening. That being said, the total length is over two hours, and is a bit overwhelming for a single sitting. Too much of a good thing, but great to have for a few tracks when you’re in the mood for a hot multicultural groove.