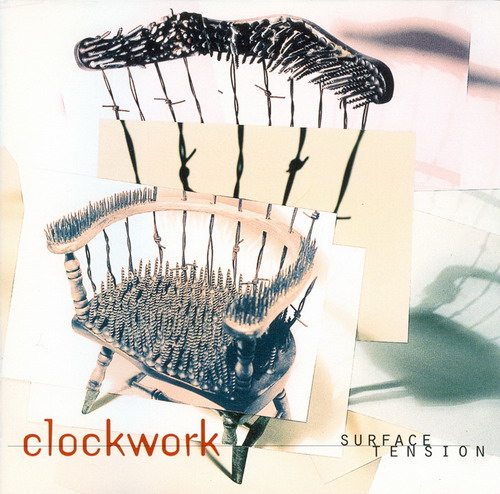 So far it seems that Sensory (Laser's Edge) has found a rich deposit of quality progressive metal bands; enter Clockwork. This New Jersey band is very much from the Dream Theater school. I hate to just lump them into this genre, but compositionally it can't be ignored. They are not the first band to do this, and they won't be the last. The question is what do they do with it? The band is M. Thomas Gammarino on guitar, Douglas Gillen on vocals, flute and keyboards, Chris Pignatelli on guitars and keyboards, Chris Pignone on bass, and Anthony Sciamanna on drums. The album opens with a good one, "Secrets of the Centuries," this tune has crunchy guitar riffs and a tasty keyboard solo by Pignatelli. Another good one is "East of Knowing," which has the standard acoustic intro leading into some Arabic type rhythms (featuring Stick soloing by Sean Malone). That builds into the strong vocal piece "If These Walls Could Talk," a good rocker with great guitar leads and hooks galore, and the middle section adds flute. This would be my favorite of the album. Gillen is a good singer, and proves to have a versatile voice (if he is doing all the vocals, no one else takes any vocal credits). Clockwork are a little more down to earth than Dream Theater, tending to rock a little more at times without all the fancy stuff. In all a good debut by a band should get better.