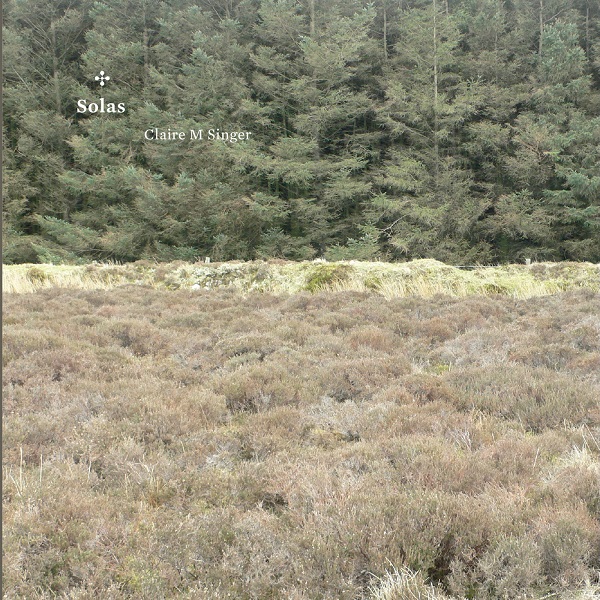 After exploring acoustic and electronic composition for 14 years, UK composer and Music Director of the Union Chapel in London, Claire M Singer presents her debut album Solas. Solas, Gaelic for “Light,” consists of seven compositions for various combinations of electronics, cello, and pipe organ. Each composition slowly materializes out of silence, reaches a climax, and then slowly fades away. Though each piece follows this basic template, the music varies from composition to composition with different instruments commanding the foreground. Claire employs an avant-garde, experimental approach to her work, exploring sustained notes and chords, allowing the harmonics to interact, and the results are much less academic than you might expect. Because of her multi-layered and heavily processed approach to composition, I am reminded at times of Tony Conrad and Ellen Fullman (long string instrument compositions). Claire’s compositions vary in length from five minutes to the mammoth 26 minute “The Molendinar” on the second CD. At the start of each composition, it is virtually impossible to identify the sound source for the first minute or so. As the volume increases and she begins to weave in the harmonics and other instruments, the music resolves itself. Some compositions are ambient soundscapes and others like the title track and “Wrangham” approach being majestic hymns to the cosmos. The eleven-minute “Eilean” interweaves multiple layers of cello and Scottish fiddler Paul Anderson, think of Gilbert Artman’s Urban Sax on stringed instruments instead of saxophones. “The Molendinar” is a co-commissioned work between the Glasgow art gallery Civic Room and the Union Chapel. Since you are probably wondering what this unusual word means, the Molendinar is a hidden burn (watercourse) upon which Glasgow was founded by Saint Mungo in the sixth century. “The Molendinar” is a piece for solo organ and begs the question, how do you make a 26-minute sustained organ chord interesting? By varying the harmonics via precise control of the wind in the organ pipes and supplementing the chord with interwoven cello and electronic lines. Overall an impressive debut release that should appeal to more than academics.