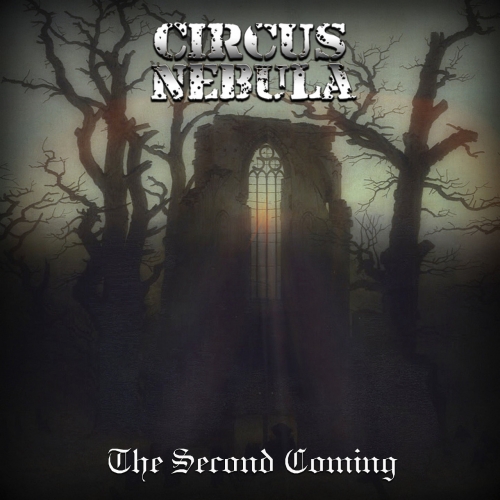 Circus Nebula is a hard rocking Italian progressive band that formed in 1988. Not very prolific, they self-released two cassettes Welcome to the Circus Nebula in 1988 and Where the Chaos Rule in 1989, their self-titled CD in 2017, and their new album, The Second Coming, in 2022. The album has a gothic metal vibe with the opening 23 minute “Jerusalem’s Lot” inspired by Stephen King’s Salem’s Lot, quite an ambitious undertaking sprawling across seven parts that feature symphonic prog, gothic metal, guitar shredding, raw growling vocals, machinegun drumming, throbbing guitar and bass, delicate piano interludes, evil chords, and what sounds like a surreal circus. Track two, “Burn Witch Burn,” sounds like an orchestra warming up in the intro that launches into heavy metal guitar chords and screaming guttural vocals that sound like a rally call. At this point I started to write this band off as just another metal band that would appeal to only a very limited audience, which was supported upon hearing the third track, “Coulrophobia,” the irrational fear of clowns. This song is too much to take with its boring dark riff, not at all a pleasant experience. Then out of the blue they surprised me with “Sleepin’ Gods Lie.”  This is the most palatable track on the album, quiet flute intro, tom tom drumming, bass, and clear vocals. But then they backtrack with “Age or Reckoning,” an aggressive hard pounding rock track with distorted metal vocals. The album closes with “Burnin’ Tree” that leads off with radio sound bites and the expected heavy metal guitar riff for a very 70s vibe. Quite suddenly, half way through its seven minutes, there is a piano solo break that leads into some symphonic metal that saves the song and the album, and it reaches a quite powerfully fantastic climax! Needless to say, my opinion of The Second Coming dramatically changed over its 52 minutes.