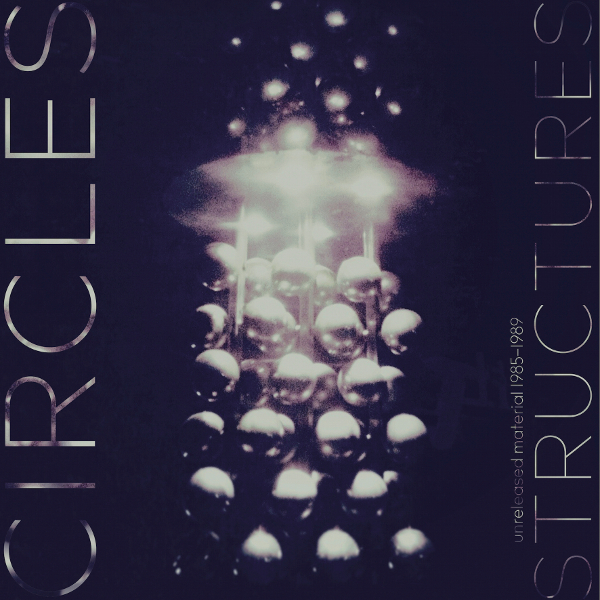 At about the same time as Guerssen reissued the first two Circles albums in 2016, Bureau B issued this set of unreleased material from 1985 to 1989. Circles was a latecomer to Krautrock, which was flickering out when they came on the scene. Since Circles were unknown despite their first two albums, they had a difficult time finding a distributor for their third album The Third Cycle. In 1987 they had pressed 500 copies but did not want to store them, so band member Dierk Leitert painted about 100 white sleeves and left the remaining 400 covers blank. Then they visited all of the record stores they could find in the Rhein-Main region and gave the LPs away. Today that album commands a premium price among collectors! So after three albums, Circles faded into obscurity. Then in 2016, Bureau B dusted off some old recordings and now presents these seven instrumental tracks as Structures. Electronic keyboards, guitars, and drones provide the basic structure, yet each piece is different. The opening track “Surface de Glace” is a slow trance inducing drone piece with a small melody peaking through. “Target” provides a bit of structure with its rhythmic note pattern, razor sharp guitar, sampled female wordless vocals, and throbbing bass. The third piece “Track II” consists solely of heavily reverbed and echoed electric guitar that touches upon Daniel Fleischer and Popol Vuh. “Frog Factory Magic” is a hypnotic and abstract electric guitar journey. I am not at all sure how the music relates to the track title. “Digger” is another abstract composition of background noises, drones, buzzing, subliminal voices, and trumpet noodling. “Slam” features the ebb and flow of surging waves of electronics and metallic percussion. This is the longest track on the disc, clocking in at 13 minutes, and after a few minutes it becomes monotonous. But don’t despair, Circles apparently recognized this tendency and they provided interest by using harmonic filters to end the track. And the disc closes with “Nice Place,” another drone-dominated abstract track augmented by the interplay of guitar and electronic forces. Overall quite an excellent set of archive material that sounds more contemporary today than when they recorded it.