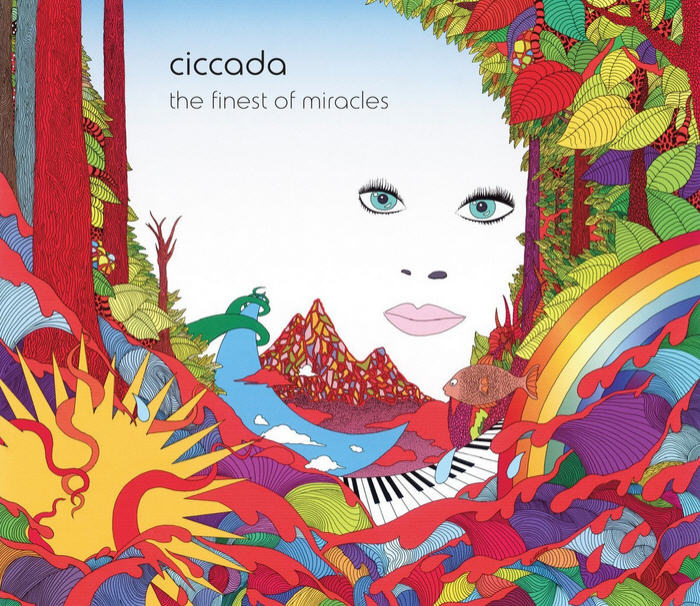 At hand is the second AltrOck release by Greek quartet Ciccada, solidly in the classic progressive rock camp with one foot on the symphonic side, with a full compliment of extra players for string arrangements, woodwinds and even brass instruments on a couple tracks, and the other reaching in more angular avant-prog directions. Though more often the symphonic side takes precedence in the arrangements, one can clearly hear the influence from the Henry Cow / Thinking Plague world at times, especially in the vocal arrangements. The writing is mostly handled by keyboardist and woodwind player Nicolas Nikolopoulos and guitarist and singer Yorgos Mouhos. The band is rounded out be dedicated female vocalist Evangelia Kozoni and drummer / percussionist Yiannis Iliakis. The band’s ability to balance beautiful acoustic arrangements with more aggressive rock parts is superb, blending the best tendencies of the classic sound with seemingly effortless skill. The appearance of Änglagård’s Johan Brand playing bass on one track offers a strong hint of where this band is at (Ciccada has no regular bassist in the lineup now, although original bassist Omiros Komninos guests on most tracks), though elements of folk music and darker angular avant leanings do make their appearances as well. Violinist Lydia Boudouni and clarinetist Panayiotis Sioras also make strong contributions to the arrangements throughout. Five tracks of varying length, from the powerful opener “A Night Ride” to the short but equally impressive folk piece “Lemnos (Lover’s Dance)” are followed by the 18-minute five part mostly-instrumental title suite that closes the set. Ciccada is a gifted group of writers, players and arrangers that hopefully we will continue to hear more from in the future.