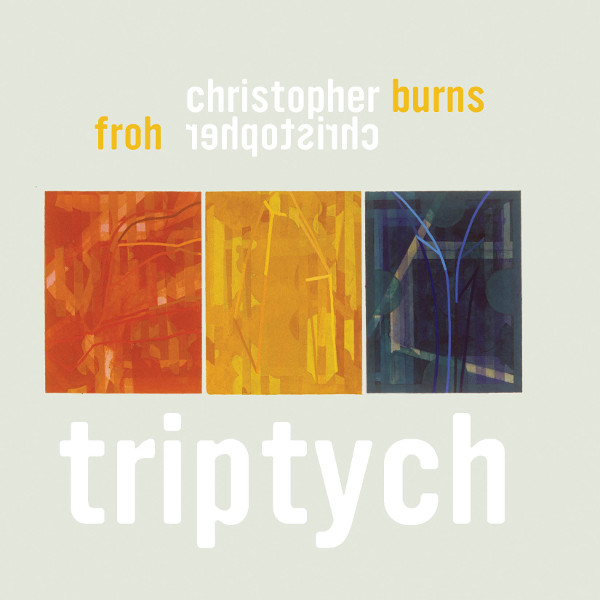 So if a tryptich is an art work that has three parts, for example three panels in a hinged painting that opens up, how come this musical tryptich has five tracks? The answer is that two of them are the hinges, though I’m not sure why the hinges are actually longer than any of the panels. Be that as it may, these works for percussion and laptop present a variety of possibilities that are available to today’s composers. The composer / conceiver is Christopher Burns, and the performing percussionist is Christopher Froh, and the first panel involves only a snare drum and a hi-hat, played in various ways; it’s highly conceptual, with each of the different techniques used almost as a separate instrument. The first hinge is a composition for “stereo audio” where sounds from the previous piece as well as some from the following one are sliced and diced on a laptop. This is academic music, and no attempt is made to produce steady tempos or much that is recognizable as music; over the course of seven minutes, the samples get shorter and shorter. The centerpiece combines the snare/hi-hat setup and a vibraphone played in various unconventional ways, including the use of wire brushes. The second hinge mostly features laptop manipulation of spoken word pieces chopped up and rearranged. The final panel revisits the instrumentation of the first. While these works are somewhat interesting on a conceptual level, reading the booklet about how they were made is in reality more enjoyable than actually listening to the CD.