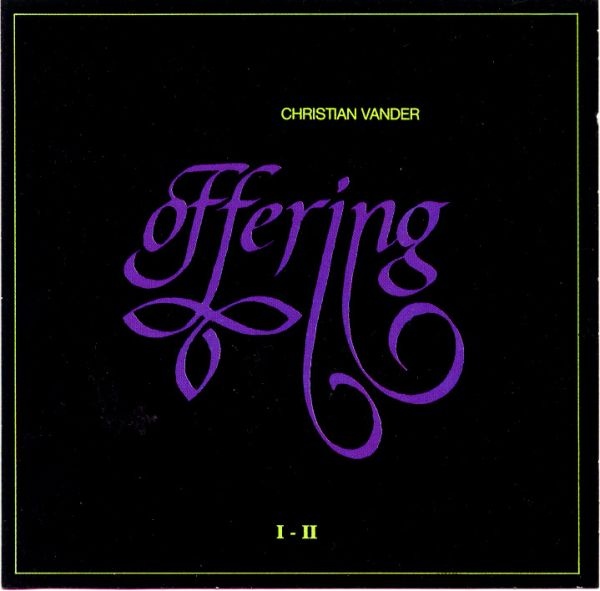 It had been a while since Magma left us with Merci, and this, the first true Vander solo project finally appeared in 1986. Musically, Vander began exploring some undeveloped territory, as evidenced by the opening cut "Offering (Part One)" where Stella's lead voice croons over plentiful piano rolls, almost mysteriously. With more focus on the exploration and composition, Vander would take to the drums less frequently (about a third of the album). Other musicians include Guy Khalifa (vocals, flute, keys), Simon Goubert (Rhodes, piano), and Pierre Marcault (congas, assorted percussion). With an album as unfocused as this, you can expect it to be very hit or miss. The groove of "Earth" is infectious, but other tracks like "Joïa" are loaded with unnecessary repetition and lack motivation. The jazz and soul elements became more of an interest to Vander at this point in his life, and the album shows that as well. Why he always seems to move into English lyrics at the soulful spots remains a mystery. While the goal of venturing into new territories is admirable, the end result is one that fails as often as it succeeds.