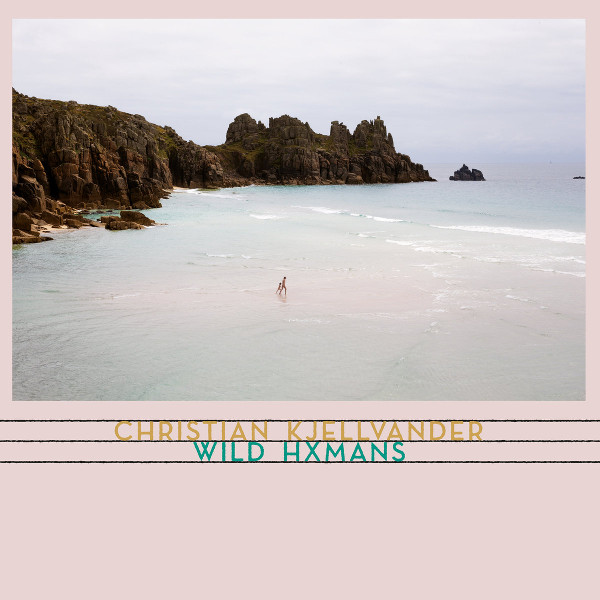 Swedish singer-songwriter Christian Kjellvander was part of the Swedish alternative country band Loosegoats until they disbanded in 2001. Since then he has pursued his solo career, releasing his ninth album Wild Hxmans this year. Starting with the title Wild Hxmans, we are thrown for a loop by the spelling. What does he mean by replacing “u” with “x?” How do you pronounce the title? Since we typically use an “x” to select items, vote, or to cross out mistakes, how does this relate to the music? Across the seven compelling and dark progressive folk songs Christian speaks of farewells and departures, of escape and the sensation of arriving in a new world, disruptions to our comfortable daily lives. He has an endearing deep voice that augments his intense and unique vision, drawing comparisons to Leonard Cohen and his early work. Augmenting his voice and vision, he incorporates ambient electronics, echoed and reverbed guitars, and other elements that let you feel his raw pain. Rather than comment on all seven tracks, I will touch on some of Wild Hxman’s interesting moments. The sad dreamy “Curtain Maker” was inspired by his encounter with a Syrian woman that speaks to the unbearable silence following a separation, the stillness that follows death. In contrast, “The Thing Is” is a mournful gothic western trip referring back to the 90s in Texas when his father and younger brother passed away. This song slowly builds to a climax, reminiscent of Godspeed You! Black Emperor. The high point of the album for me is “Halle Lay Lu Jah” with its quiet ambient drones, whistling, and grand piano. This gothic western song develops into a composition touching upon “Ghost Riders in the Sky.” “Love Xomes” conjures images of a nighttime Western highway and a transcontinental drifter. The album closes with “Faux Guernica,” an introspective song inspired by a road trip through the Basque country with his youngest son. These multifaceted songs make for an excellent and wonderful listening experience.

Agalloch - The Mantle – Black metal often joins the wallop of heavy, dense rock and roll with occult overtones that stretch back to 70s Black Sabbath. Because of this very tenet the genre is often maligned and doesn’t...  (2003) » Read more