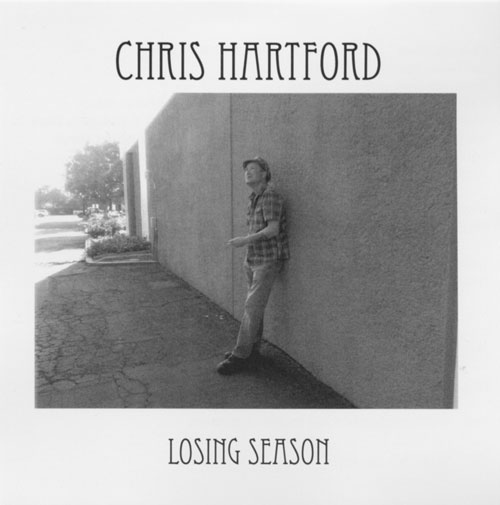 I’m guessing that singer songwriter Chris Hartford has permanently exited from folk rock outfit Cathedral & Rum. Based on this solo outing it might be a good move. I often felt that Hartford’s earnest folk-based songwriting was at odds with the instrumental angularity of C&R. Here his tales about love and the follies of humanity are presented within a straightforward and almost nostalgic setting, with few of the acid-folk or psych trappings from past recordings. There’s a late 60s/early 70s vibe infecting this collection that is a good match to the material. Fans of Bob Dylan circa Nashville Skyline will warm to the acoustic guitar, reedy organ, and gentle bass and drums backing most of the songs. I can’t tell if the light country twang Hartford frequently throws into his vocals is genuine, but it definitely works. Songs like “La Pistola,” “Straightjacket Midnights,” and “Box of Stars” have instant accessibility, though I feel like I’m closer to the message on songs like “A Few Steps...” or “Never Let You Go.” On these he lets the vocal stretch into an almost boozy swagger that embraces the lyrics and makes the prose feel more urgent. Folk music is about making a connection with the listener, so I can’t say how successful these songs will be with anyone but myself, but I do feel that Hartford has grown with this collection. My only real complaint is that for a singer-songwriter album why aren’t lyrics included in the liner notes? Maybe next time.

The Spacious Mind - Organic Mind Solution – The Spacious Mind is a contemporary Swedish band that wants nothing more, nothing less, than the opportunity to blow your mind with their authentic psychedelic rock. Layers of guitars echo in the...  (1995) » Read more