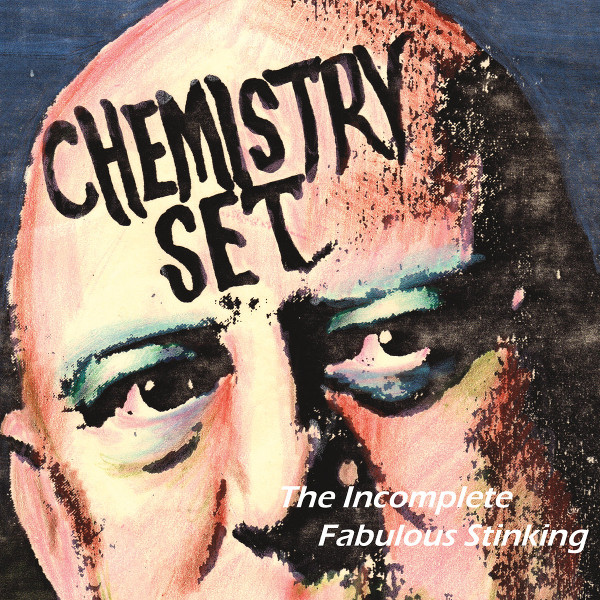 Seattle in the 80s was a hotbed of musical activity, much of it centered around the heavy rock of punk-inflected bands that eventually gave birth to what the world knew as grunge rock. But among the bands proffering heavy riffs and ragged vocals, there were also bands opting for a different kind of craft, more subtle and melodic, less reliant on volume and thrashy energy. Chemistry Set was one of these “alternative to alternative” bands, with a jangly sound infused with psychedelia, closer to REM and The Three O’Clock than Black Flag or Melvins. (See also Green Pajamas.) During their existence, from 1985-89, they released a six-song EP, a 7” single, and appeared on a couple of compilations, a total of ten songs. But they were recording almost constantly, and left behind numerous demos, live songs, and rough studio recordings intended for an album that never happened. The Incomplete Fabulous Stinking Chemistry Set brings together pretty much everything from that legacy, and while a few tracks are of lesser fidelity, none is unlistenable, and the quality of the songs shines through on all 21 tracks. I bought their EP when it came out back in 1988, and have always loved the songs on it, and it’s great to see that there was a lot more good material where that came from — though it’s a little sad that so little of it got a chance to bloom in a proper studio setting and get wider exposure. Ah, well, water long past the bridge, and it’s good to finally have this music preserved and presented to the world. With the recent resurgence of interest in psychedelic rock, this collection should find plenty of appreciative ears around the world, and it also provides ample evidence of the breadth of the Seattle scene of the 80s.

Phased - Medications – The promo sheet says something about Black Sabbath crossed with Hawkwind, and for once you can take that at face value. Heavy, spaced-out rocking good fun, skeletal imagery notwithstanding. These guys...  (2008) » Read more