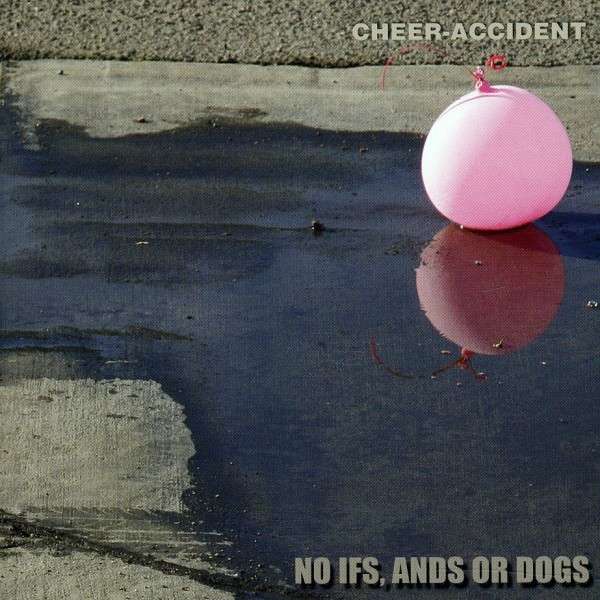 This is one of those reviews that won't write itself. Not that reviews ever really write themselves, but some albums I listen to and know what I want to say. Not this time. First off, I love this CD. It easily made my best of 2011 list, and in my book 2011 was a great year for creative music. That a band can make such a wildly interesting album after being at it so long (15+ releases in 15+ years) says a lot about their vision and talent. 2009's Fear Draws Misfortune rates very highly for me, and this one is right up there, tied (or nearly tied) for their best yet. The tracks are mostly on the short side — none pass the five minute mark, and there are a few under one minute — but there is a kind of flow to the album as a whole. Individual tracks can be singled out — several have made it into my phone's shuffle list — but taking the entire 48 minutes in creates the impression of a bigger picture, even if what exactly it represents is unclear. Cheer-Accident, unlike my cat, just refuses to sit in a box. The closest comparison is probably to American RIO-influenced bands like Thinking Plague, though Cheer-Accident seems to come at it from a different angle, like a more mainstream rock band that fell in love with complex musical structures. "Barely Breathing" is a good example, with its lovely falsetto lead voice and lush backing vocals. But then there are the horn parts, which fit perfectly from a musical standpoint but are well outside what you'd expect to hear on a typical indie-rock song. The next tune is "Life in Pollyanna," which jumps in with a complicated guitar riff and shifting meters underpinning another melodic vocal part, maybe like what Gentle Giant tried to do on The Missing Piece. Which, come to think of it, is a good comparison. No Ifs, Ands or Dogs has that same bright, energetic sound to it, with arrangements based on polyphony rather than riffs and chords. Somehow, Cheer-Accident manages to make it work. (Don't get me wrong, I'm a huge Gentle Giant fan, and even The Missing Piece has some great stuff on it, but I wouldn't call it a great album.) This is a great example of small-p progressive music that has very little of the large-P in it.