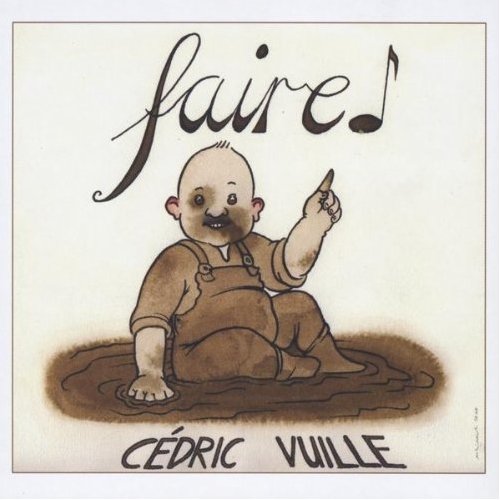 Guitarist and multi-instrumentalist Vuille may be better known as a founder member of the Swiss Band L’Ensemble Rayé, and Debile Menthol before that. But with little to no recording activity from his band in several years (I’m not sure of their current status), he has produced several excellent solo albums, of which this is the third and latest. Using various acoustic and electric guitars and other mysterious stringed instruments, keyboards, accordion, toy piano, kalimba, ukulele, bass, banjo, clarinet, and percussion with guests as needed on drums, flute, trumpet and vocals, the fifteen short songs reflect a joyful and whimsical feel, filled with odd and quirky melodies informed a variety of styles. Most of the material is instrumental, with occasional spoken voice samples, and occasional singing, as on the title track. More than anything, the music here is just plain fun, playful, and far away from any conventional rock idioms, instead drawing on some elements of pan-European traditional folk and Americana, even bits of classical, mutated country and reggae make occasional appearances across the fifteen cuts. The compositions are intensely engaging, often complex, with different instruments layered in interesting and unusual ways that will amaze the listener while putting a smile on the face too. Vuille’s music exists in its own world. There’s plenty here to like!