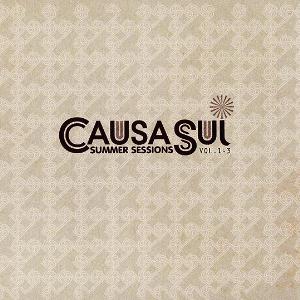 Causa Sui is a Danish powerhouse of spacy, extended psychedelic stoner-rock jams. With two releases to their credit – their previous Free Ride from 2007 received a glowing review in these pages at the time, and their earlier self-titled debut from 2005 might even top that. Up to this point the band has always featured vocals, but for these three discs they ditched the vocals, added a saxophone (and full time keyboardist on volume 2) to their core of guitar, bass and drums, and went entirely instrumental. The results show the band in a far more exploratory mood, trying different ideas and stretching out into some new directions, while still remaining true to their core ideals. They’ve pulled in some jazz and space-rock influences and come up with a result that may recall Floyd in their post-Barrett soundtrack period, mixed with the intensity of Hendrix and the stylistic freedom of bands like Mushroom. Each of the three discs contains about three lengthy cuts (even though there may be more titles, they tend to fuse into one another to form extended evolutionary jam suites) and offer the listener a stunning panorama of cinematic proportions – one that’s very easy for a listener to get lost within. The band tends to start with a seed of an idea, work it into an evolutionary process and then explode it into full-on madness, but on the odd track the explorations remain in something of an acoustic mode while they collect intensity. Although some electronic effects are employed here and there, the essence of this is real and raw, performed essentially live in the studio. This was originally released as three separate LPs last year, and went out of print almost immediately. Now it’s being re-released as both a 3LP and 3CD set. It doesn’t get much better than this.