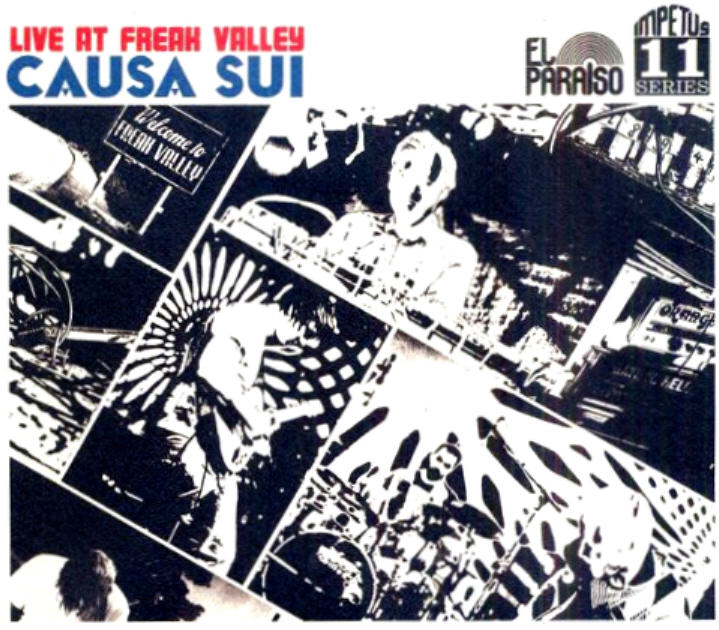 This Danish instrumental stoner-rock powerhouse has finally released their first official live album, and given that their eight previous studio releases (or three releases and two box sets, as it may be) all have a fairly ‘live’ sound to begin with, if one knows any of those albums, the expectations here should be pretty clear. The listener will be treated to over an hour and a half of full throttle, hyper-extended jams that are culled from the very best material featured on their earlier releases. Unlike all the studio albums since 2007’s Free Ride, where the band has gone forward as a trio, for this live show the band is once again a four-piece with the addition of Rasmus Rasmussen to augment Jonas Monk’s studio multi-tasking on guitars and keyboards. The show, recorded in Germany in the summer of 2013 shortly after the release of their Euporie Tide album, features about half of the material from that album, plus six more pieces taken from most of the band’s earlier albums going all the way back to “El Paraiso” from their self-titled 2005 debut. All the tunes are presented in a high energy psychedelic rock continuum that must have been a mindblowing experience to see live, but nonetheless captured faithfully for the LP and CD medium. If one hasn’t heard the band before, Live at Freak Valley may indeed be a fine place to test the waters, as the selections lean toward their more recent and best earlier material, and the double CD costs only a few bucks more than a single disc.