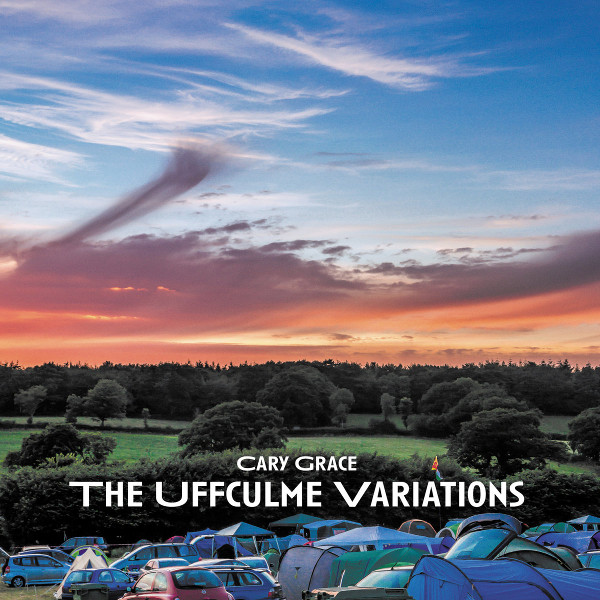 This past July the Cary Grace Band (Cary Grace - vocals, EMS, VCS3; Andy Budge - bass guitar; David Payne - drums; and Victoria Reyes - keyboards, vocals, percussion) performed live at the Kozfest in Uffculme, Devon. They recorded their performance and released the album on October 31, 2016. Joining them on stage were Steffe Sharpstrings (Here & Now, Planet Gong) on guitar and Graham Clark (Gong, Magick Brothers) on electric violin. The result is some mighty powerful psychedelic space rock sure to please. For their nearly hour-long set of six numbers they played “Orange Sky” from Cary’s recent Tygerland; “Kozmik Eye,” a variation on “Eye” from her 2008 release Projections; “Cassiopeia, 2016,” which a reinterpretation of “Cassiopeia 1572” from her 2009 release Perpetual Motion; plus new improvised material “Trouble,” “The Uffculme Variations,” and the closer “The Grand Theme of Things.” There is not a weak spot in this entire performance. Cary’s beautiful reverbed vocals, Steefe’s glissando guitar, and Graham’s soaring electric violin take you on an extended cosmic journey. The cinematic scope of “Orange Sky” evokes images of a sunset in LA and Bladerunner. At other times it sounds like Cary is channeling Debbie Harry along with the interweaving violin and guitar much like the end of Roxy Music’s “In Every Dream Home a Heartache.” Steffe’s shredding guitar solos add to the flights of fancy throughout the set. And everything is supported by David and Andy’s foundation for these extra-terrestrial excursions. The final track slows things down a bit with a quiet Middle Eastern intro to a dark psychedelic dirge. The powerful music with Cary’s vocals is over in a blink of an eye and leaves you gasping for more.