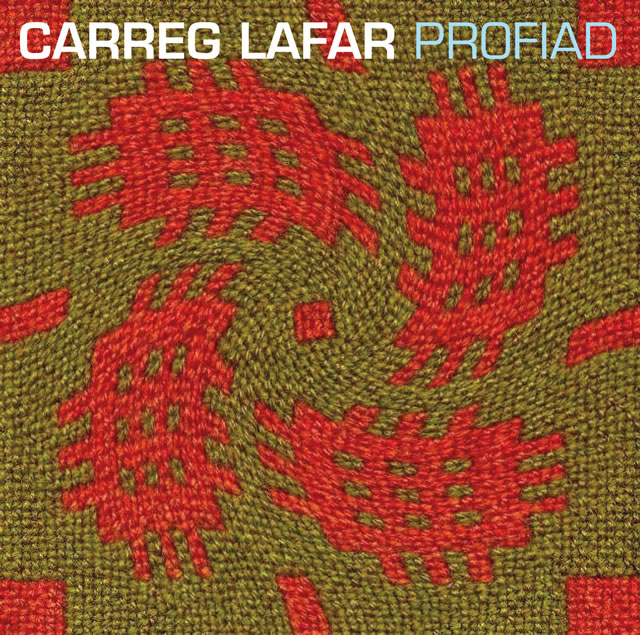 The traditional music of Wales doesn’t get as much attention as that from other parts of the British Isles. That’s a shame because the country’s musical tradition is rich, diverse, and beautiful, as is demonstrated by Profiad, the third CD by Welsh folk quintet Carreg Lafar. The disk’s eleven tracks, which include both traditional folktunes and original compositions in a folk style, are a stirring example of how emotional, powerful, and relevant the music of this often-forgotten nation can be. Instrumentally, the CD is all acoustic. Expressive vocals (both male and female), fiddle, flute/whistle, and acoustic guitar are used consistently by the band, with other instruments — pipes, mandola, and percussion (as well as piano, cello, and harp) being used occasionally to add different timbres and textures. Also keeping things lively is the fact that the tunes themselves are as diverse as the arrangements. The album’s title track and “Seren Y Bore” are up-tempo tunes with a dancelike energy and groove. By contrast, “Llanllechid,” with its haunting fiddle-and-piano melody, and disk closer “Iechyd o Gylch” are slow airs filled with tenderness and longing. (I’m reminded a bit of Loreena McKennitt’s earlier work, but without all the misty ethereality.) Other tunes, like “Dic Penderyn,” a tender ballad about nineteenth century labor leader who was wrongly hanged, fall somewhere in between. For readers interested in checking out what contemporary Welsh folk music has to offer, I cannot think of an album I would recommend more highly.