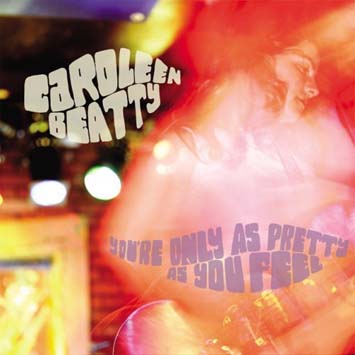 Some may recall Beatty from her association with Doug Hilsinger (both from the band Waycross), who created an excellent cover album of Brian Eno’s Taking Tiger Mountain By Strategy (reviewed in issue #31); but she’s also the frontwoman for political-punk-folk-rock outfit the Bedlam Rovers, with three albums to their credit. Here she steps out on her own, applying her soulful voice to five classic tracks of late-60s/early-70s vintage, backed up by Mushroom, or in a couple cases an aggregation of current and ex-Mushroom members and other SF Bay area musicians. Compared to the originals, these all seem to be taken up a notch or two and stretched out into the jammy groove based terrain where Mushroom reigns supreme, with Beatty’s powerful delivery front and center. Besides the title track (originally on Jefferson Airplane’s Bark LP), the disc features versions of “Toady” (Ginger Baker’s Air Force), “Sally Go Round the Roses” (the Pentangle version from Basket of Light), “Use Me” (Bill Withers), and my personal favorite “Let the Sunshine In” (originally from the late-60s musical Hair, as arranged by Brian Auger & The Trinity). When the last groove has played out, I only have one minor complaint: This is only five songs! Only thirty minutes! Give me more!