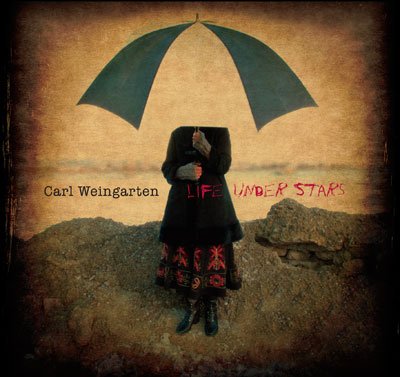 With an unparalleled freshness in style, slide guitarist Carl Weingarten offers up another collection of brilliant instrumental ensemble work. Call this pure Americana, informed by equal parts of country, blues, rock, world music, a touch of classical, all steeped in a long career of inventive experimentation. When one hears much of what’s here, it seems like a perfect companion soundtrack to a drive out in the country, with farms, cornfields and big trees, beautiful streams and snowy peaks, the little town with the old gas station and a general store that goes by in the blink of an eye. The style is kinetic, but gently applied with tasty arrangements, a thoroughly satisfying journey using an abundance of acoustic and electric instrumentation that perfectly suit the compositions. Weingarten paints the basic sounds and images for the ten tracks using mostly acoustic guitar and dobro, adding additional electric slide guitar parts and looping effects with ebow and such. At the same time he has surrounded his playing with a rotating cast of superb musicians, track depending, all keenly tuned in to his musical vision. Michael Manring provides bass on most of the cuts, along with a main group of players that includes Robert Powell on pedal steel, Kit Walker on keyboards, Pat Duffey on additional guitars, drummer and percussionist Celso Alberti, and Jeff Oster on trumpet and flugelhorn, the latter contributing some memorable solos on several pieces. Other players figure in also, contributing whatever is needed at any given moment. “Code Blues” is perhaps the most rocking track here, with numerous layers of electric and slide guitar swirling over a punchy riff. Those familiar with Weingarten’s previous ensemble works like Blue Faith and Panamorphia will have a good idea of the musicianship and visionary principles that guide Life under Stars. For those who haven’t, this is as good a place as any to start your journey.