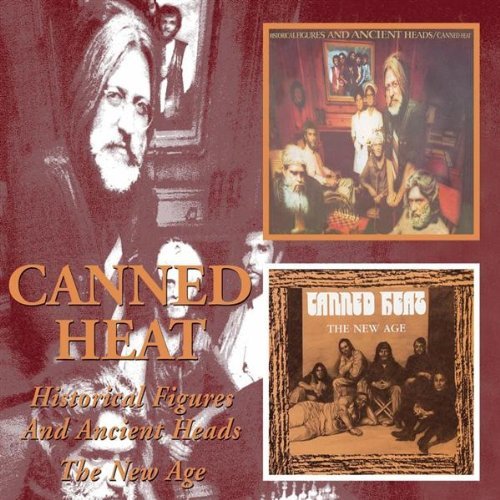 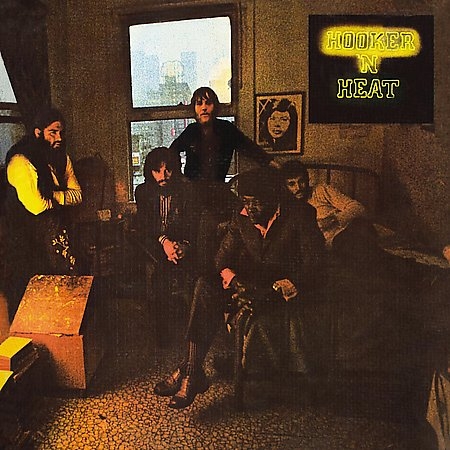 If you don't dig the blues and you don't boogie, skip this review. Canned Heat's stock in trade was merging classic blues with rock, and in the late 60s nobody did it better, due in part to the band's founders Bob "The Bear" Hite and Al "Blind Owl" Wilson's deep love and respect of classic blues. The band's first three albums (Canned Heat, Boogie with Canned Heat and Livin' the Blues) from '67 and '68 are nothing short of exceptional. After the band's fourth studio LP, Hallelujah in '69, guitarist Henry "Sunflower" Vestine left the band, replaced by Harvey Mandel in time for their appearance at Woodstock in '69. But in May 1970 it was Vestine, not Mandel who was present at the sessions with vintage bluesman John Lee Hooker — one of Canned Heat's primary influences, that produced the Hooker 'n' Heat album, released a year later. Disc one starts with half a dozen tracks of solo Hooker accompanying himself on electric guitar, later to be joined first by Al Wilson on harmonica and guitar for a few tracks, then one by one the remaining members of the band join in as the sound transitions from pure blues to the revved-up blues-rock style on "Boogie Chillin' No.2" that closes disc two. All the compositions throughout are Hooker originals, including several of his better known songs. An oft-forgotten gem in the Canned Heat catalog, it was one of Hooker's best selling releases. Sadly, Wilson would not live to see the album's release.

In the post-Wilson era, personnel changes were the order of the day in Canned Heat, yet the band weathered the changes well and remained vital. Historical Figures and Ancient Heads remains on solid ground through the efforts of Hite, Vestine (who had by this time returned to the fold), drummer Adolfo "Fito" De La Parra, and several newer members, as well as guests like Little Richard and others. Wilson's harmonica and odd guitar tunings are surely missed, and the band was trying to do some experimentation outside their blues-rock forte, which resulted in a couple throwaway cuts, but overall this is still a respectable effort.

1973's The New Age continues with more lineup changes, but the core of Hite, Vestine, and De La Parra remain, and overall this is another solid effort, with a more diverse sound — new rhythm guitarist James Shane is sharing vocals with Bob Hite, whose brother Richard has now stepped in on bass and rhythm guitar, and the band now has its first full-time keyboardist in Ed Beyer. Highlights include "Lookin' for My Rainbow," where Shane shares the vocal spot with the Clara Ward singers, and a cover of the Leiber/Stoller classic "Framed," made famous by The Coasters (and later by Cheech and Chong). This would be Canned Heat's final major label release, although the band soldiered on through the 70s and 80s, and continue right up through the present (with more lineup changes and tragedies), now touring as a four-piece led by De La Parra