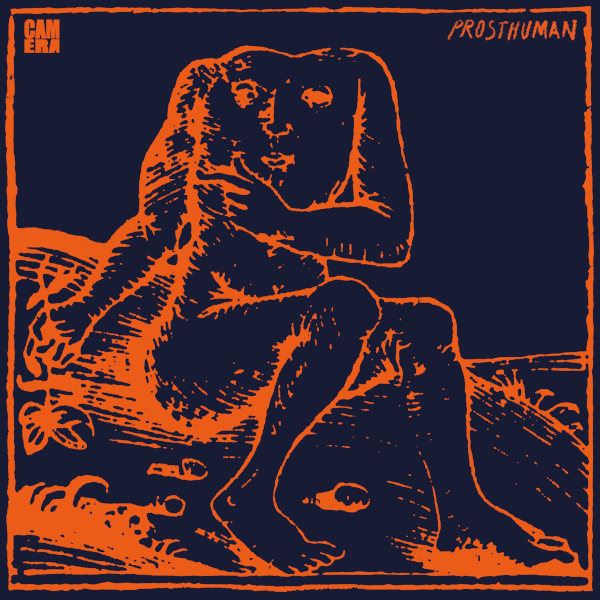 It has been five long years since Camera’s last album Phantom of Liberty. And the passage of time shows the band beginning to move away from their guerrilla improv Krautrock jams, though relentless motorik beats feature prominently on many of the ten instrumentals. The album kicks off with “Kartoffelstampf” with Camera’s signature rhythm and wailing guitars. Then they shift gears, moving into the dub-influenced “Alar Alar” where they lock into a cool groove. The third track, “Prosthuman / Apptime,” takes us further from Neu! and is primarily a sequencer and analog synth track that closes with bird song. Next is “Überall Teilchen / Teilchen Überall,” where they use repeated sound bites, Fripp-inspired guitar riffs, and a Can rhythm section. “Freundshaft” moves back to the motorik rhythm plus a gentle melodic Krautrock instrumental. “El Ley” begins with sequencer driven electronics recalling New Agey Tangerine Dream, eventually developing into a beautiful Neu!-influenced jam. Then we reach the post punk Krautrock jam of “Schmwarf” where Camera blends Neu!, Wire, and Can for a cool raucous jam. “A2” returns to their roots for more motorik Krautrock excursion. Then they move into melodic Michael Rother territory with “Chords4 / Kurz Vor.” And the album closes with “Harmonite,” that is not as engaging as the other tracks, but it slowly grows on you . I am not sure that I like the direction this maturing band is taking. I much prefer their earlier releases and was slightly disappointed with Prosthuman. An interesting side note is that the cover art is a woodcut of a blemmy (headless man) from Schedel’s Nuremberg Chronicle published in 1493.