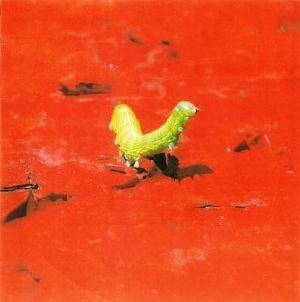 Older people will surely remember Rock in Oppossition, an informal gathering of avant-rock groups initiated by Henry Cow in the early Seventies. They were from several European countries, including Belgium (Univers Zero), Sweden (Samla Mammas Manna) and Italy (Stormy Six). Well, many things have changed since then. Groups like Univers Zero and Present, however, are still active, whilst many European countries are currently witnessing a new interest in RIO-influenced music,both between amateurs and musicians. Examples range from France (Zaar) to Finland (Alamaailman Vasarat), and once again Italy is no exception. Calomito is a case in point. This sextet is from Genoa, the same city where Picchio dal Pozzo, another RIO-esque group, was recently reformed. Calomito show an instrumental variety including keyboards, strings and saxophones alongside guitars, bass and drums. They display influences of Zappa, Soft Machine and Henry Cow, as well as occasional Balkan and Arabian flavors. The result is an elegant, well-conceived music. When gigging they sound even better. This debut CD is a little masterpiece which may prefigure even better developments. A blow of fresh, lively air in a musical landscape where genuinely new proposals are few, and most of these are penalized by distribution policies. Inaudito means unheard in Italian. In their country, unfortunately, Calomito has not received the attention they deserve, but their music is likely to find followers in other parts of Europe and in the US. Cuneiform might be interested...