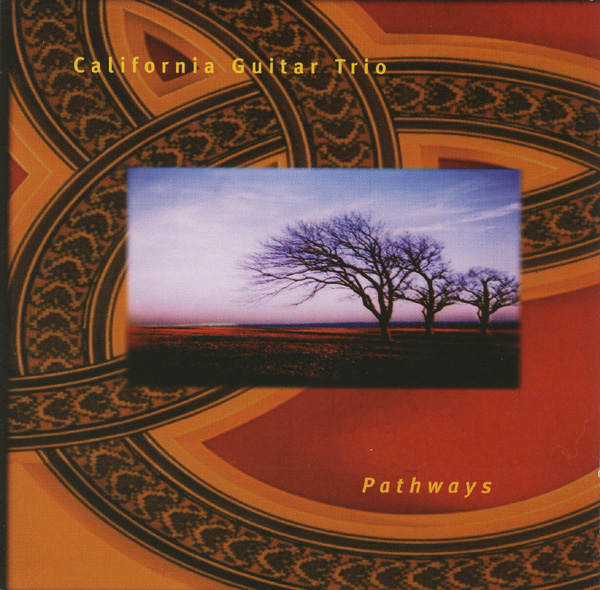 The third release from California Guitar Trio finds them on familiar ground and also stretching out a bit. Familiarity is served up on tracks where the trademark CGT formula is in full evidence: the sinewy interweaving of disparate, yet harmonious guitar parts to create a monster string fugue, all served up on those wonderful Somogyi acoustics. Of these familiar cuts “Arroyo”, the title track, and Hideo Moriya's “Kaleidoscope” worked best for me, probably because of the colorful addition of sax and Trey Gunn's Warr guitar which lent them a broader palette of tonal color. Over half of the record, however, is given up to arrangements and adaptations. Other than Mason Williams' “Classical Gas”, Stan Funicelli's “Leap”, and the hyper kinetic “Misirlou”, the bulk of these are Bert Lamm's classical readings of Bach, Barber, and Beethoven. The great Ludwig Van is in fact given three slots on the CD and on the two movements of the “Moonlight Sonata” suite we see why Robert Fripp thinks Bert Lams is one of the pre-eminent arrangers of classical music for the guitar today. What Lams achieves goes way beyond a superb technical reading and inventive arrangement (which it is). He actually manages to infuse the music with all of the passion and intensity so often lacking from any performance of Beethoven. This alone for me elevates the CGT above being just a gimmick band and makes them worthy of the attention they've earned. I highly recommend Pathways, especially for students of the guitar and fans of Beethoven.