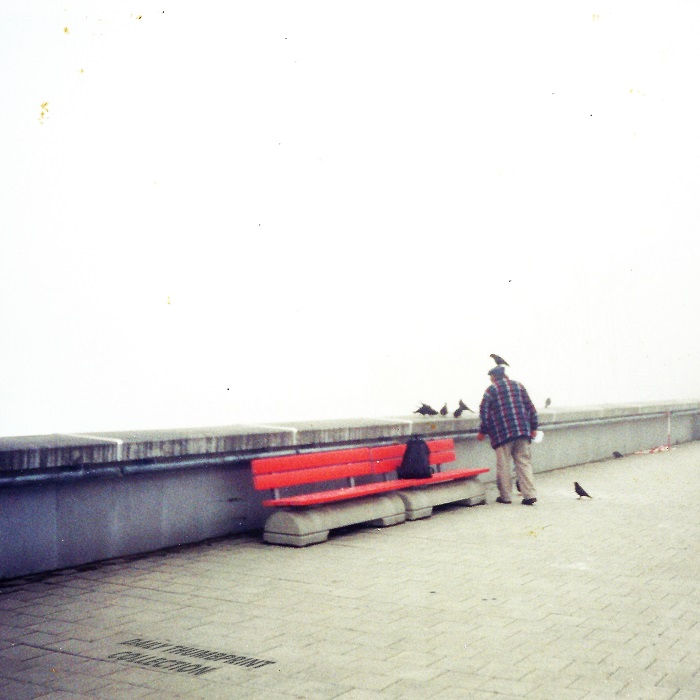 Exposé readers may recognize his name as the drummer of the international drums-bass-sax trio The Kandinsky Effect, but Dolister has a lot of other projects going, including the Los Angeles based improvisational metal / jazz / electronic quintet DR. MiNT, with at least four recordings to their credit from 2008 to present, as well as work with a number of other artists and ensembles. This review, however concerns Dolister’s ongoing project Daily Thumbprint Collection, where he functions as the composer, arranger, and drummer of a virtual ensemble of over two dozen musicians from all across North America, including his four colleagues from DR. MiNT and much more. The original Daily Thumbprint Collection Vol. 1 was released back in 2008, and the EP length follow-up Daily Thumbprint Collection 2, Stencils was released back in 2015, but many of the pieces presented here on The Wandering have been in the works since 2007, well over a decade. No doubt this amount of time was required because it was completed the old-fashioned way, with Dolister going in person to all the various recording sessions across America, hauling his instruments from place to place in cars and planes, sometimes composing and arranging as he went coast to coast and beyond. The resulting ten tracks (plus a bonus track) are a magnificent instrumental blend of genres, primarily elements jazz, big-band, rock, chamber, funk, Carribbean, metal, and beyond, a sound that wanders all over the musical map as needed, blending ideas seamlessly, all done with first-rate musicians playing accordion, Rhodes, piano, electric and upright basses, guitars, cello, viola, violin, mandolin, trumpet, trombone, tuba, vibraphone, all manner of saxophones, flute, clarinet, and more – in other words if you put them all together this would be a small orchestra. Each track is named with the date the piece was started and a title, for example “080904 [the strategist],” offering a glimpse into the gestation period for each number, though in practice most of these cuts flow together seamlessly as if they were recorded in a single session. The overall result is something nothing short of stunningly imaginative and beautiful, exceptional in every way. For whatever reason, Dolister has no intention of releasing this on any physical media, so it is available only as a download until he changes his mind.

Travis & Fripp - Thread – Given the extensive musical resumes of Theo Travis and Robert Fripp, it was only a matter of synchronicity that would lead to a real time collaboration by these two innovators. Travis work with Cipher...  (2009) » Read more